Here Are the Favorites to Win the 2019 Nobel Peace Prize

This Friday, the Nobel committee in Oslo, Norway will announce the winner of the 2019 Nobel Peace Prize. The prize is awarded annually to the person or organization that has done the most to promote world peace.

Last year, Congolese doctor Denis Mukwege and human rights activist Nadia Murad jointly won the Nobel Peace Prize for their efforts to end the use of sexual violence as a weapon of war.

There are 301 nominees for this year’s prize, out of which 223 are individuals and 78 are organizations, according to the Nobel Institute. The official list of nominations remains a secret, but that hasn’t stopped a lot of speculation about who is in the running.

Here is a selection of oddsmakers’ favorites for the 2019 Nobel Peace Prize — with the caveat that the Nobel committee is rarely predictable in its choice of winner:

Greta Thunberg is the clear favorite to win the Nobel Peace Prize this year, according to oddsmakers. Thunberg, who featured on a recent cover of TIME magazine, has become famous for her speeches and protests over climate inaction. At 15 years old, she began her school strike outside the Swedish Parliament in August 2018. Little more than a year later, an estimated four million people joined the teenager in a global strike on Sept. 20 — with activists, many of them schoolchildren, joining the protests from Thailand to Afghanistan to Haiti. A few days later, Thunberg gave an emotionally-charged speech at the Climate Action Summit on Sept. 23, where she condemned world leaders for their lack of action in halting climate change.

Despite her achievements, conservatives have criticized Thunberg and suggested that her win would be controversial. Some see her courage and drive to hold world leaders to account as confrontational, divisive and unhelpful. “The problem is that the principle of ‘flight shame’ brings her chances… down. Shame is not a constructive feeling to bring about change,” Sverre Lodgaard, a deputy member of the Nobel award committee from 2003 to 2011 told Reuters.

Even so, Thunberg remains the favorite to win. If she does, she would become the youngest person ever to be awarded a Nobel Prize — a title currently held by Malala Yousafzai, who won the 2014 Nobel Peace Prize aged 17.

Ethiopia’s Prime Minister Abiy Ahmed welcomes an Eritrean delegation in Addis Ababa on June 26, ahead of a Summit where the leaders agreed to end the 20 year war.
Mulugeta Ayene — AP/Shutterstock

Ethiopian Prime Minister Abiy Ahmed made headlines in 2018 after instigating the end of 20 years of conflict between Ethiopia and Eritrea. War between the two countries began over border disputes in 1998, five years after Eritrea gained independence from Ethiopia. At least 70,000 people were killed before the two sides signed a peace deal in December 2000 — but tensions have remained high as Ethiopia refused to accept the border.

When Ahmed took office in April 2018, he freed political prisoners and went on to sign a peace agreement with his Eritrean counterpart Isaias Afwerki, indicating that Ethiopia would accept the border and he would hand over disputed land territories. Since taking power, Ahmed has also championed the role of women in politics — he appointed women to half of the government’s 20 ministerial posts, including the country’s first female defense minister. British oddsmaker Ladbrokes offers odds of 4/1 for the Ethiopian Prime Minister to win.

In the past year, New Zealand Prime Minister Jacinda Ardern has been a symbol of empathy, defiance, and strength in the face of tragic events.

The Christchurch attacks, where mass shootings at two mosques in March this year left 51 people dead and dozens injured, shocked and devastated the country. Arden has been swift to react — less than a month after the attacks, New Zealand’s parliament voted 119 to one to pass gun control legislation outlawing most automatic and semi-automatic weapons as well as components that modify existing weapons. Arden, the world’s youngest female leader at 38 years old, has also been vocal in her determination to deny the gunman a platform to elevate his white supremacist views, famously saying: “You will never hear me speak his name.”

Her actions make Ardern a strong contender for the Prize, with Ladbrokes putting her chances at 8/1 — if she wins, she would be the first person from New Zealand to win the Peace Prize.

Brazil's indigenous chief Raoni Metuktire looks on as he is welcomed by French Minister for the Ecological and Inclusive Transition in Paris on May 13, 2019.
Eric Feferberg—AFP

As a Brazilian indigenous chief, Raoni Metuktire has spent his life protecting his home, the Amazon rainforest. Metuktire, 89, traveled to the 2019 G7 Summit in August this year to discuss the Amazon with world leaders, after a surge in fires destroyed large parts of the rainforest. Metuktire has been critical of Brazil’s President Jair Bolsonaro and his exploitation of the Amazon. Since his inauguration in January this year, the rate of deforestation has soared by up to 92% according to satellite images.

Reporters Without Borders, an international watchdog group, is at the forefront of efforts to preserve media freedom and freedom of expression by protecting journalists across the world and highlighting injustices toward them. The organization has spoken out against Saudi Arabia after newspaper columnist Jamal Khashoggi’s murder by Saudi operatives inside his country’s consulate in Istanbul on Oct., 2 last year. If Reporters Without Borders won, they would be the first organization promoting independent reporting and press freedom to win the Peace Prize.

A refugee woman sits next to a tent in Nea Kavala camp, near the city of Kilkis, northern Greece, on September 3, 2019. Some 1000 refugees and migrants were transferred from the Greek island of Lesbos to the Nea Kavala camp in Sept. 2019.
Sakis Mitrolidis—AFP

The U.N.’s refugee agency, set up after the Second World War, aims to help displaced people fleeing war and persecution across the world. Its office has received two Nobel Peace Prizes in 1954 and 1984, and a prize now would be timely. In July this year, the UNHCR publicly stated its concern about the Trump administration’s new rule barring the majority of people crossing the southern U.S. land border from seeking asylum. 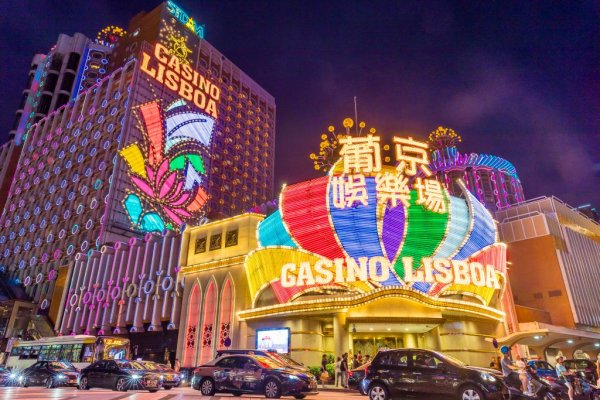 Will Hong Kong's Protests Spread to Its Neighbor Macau?
Next Up: Editor's Pick