Even before it dominated the Emmys, Fleabag was bound to loom large over Showtime’s Back to Life. Aside from sharing a pair of executive producers, Harry and Jack Williams, both British imports cast their creator-stars as women who’ve been deemed terminally unlovable. Both have six-episode seasons built around those characters’ secrets. They share witty, concise scripts and defining fascinations with ugly emotions: grief, loneliness, guilt, shame, self-hatred.

The big difference between Back to Life protagonist Miri Matteson (Episodes’ Daisy Haggard, in her writing debut) and Phoebe Waller-Bridge’s indelible Fleabag is the grave and public nature of Miri’s predicament. After serving 18 years in prison for a crime she committed as a teenager, she returns to the seaside town where she grew up–a place where everybody knows everybody, and most see her homecoming as a threat to public safety.

It takes a while for Haggard and co-writer Laura Solon to fill in the backstory. By then, you’re likely to have reached two hard-to-reconcile conclusions: that whatever happened must’ve been devastating, and that Miri can’t possibly deserve her monstrous reputation. Timid and fragile, she radiates the benign dizziness of a ’90s Lisa Kudrow character–Haggard even looks a bit like Kudrow–if that flaky woman-child were also a recently incarcerated local pariah. Miri trips over the usual ex-con hurdles: awkward job interviews, tough reunions, check-ins with a distracted parole officer (Jo Martin’s Janice). But the show is more about the unique nightmare of being hated and misunderstood by everyone around you. Miri could easily have allowed the ordeal to break her, though in a rare insight Janice observes, “I deal with broken women all day, and you? You’ve got it all.”

Miri is a scapegoat, defined by what others project on her. That’s a difficult portrait to paint in under three hours while juggling elements of comedy and crime drama, but Back to Life (premiering Nov. 10) smartly surrounds Miri with distinctive secondary characters: her distant mom (Geraldine James), obsessive conservationist dad (Richard Durden), a love interest (Adeel Akhtar) with secrets of his own. What Fleabag did for one wounded human being, this worthy successor does for a scarred community. 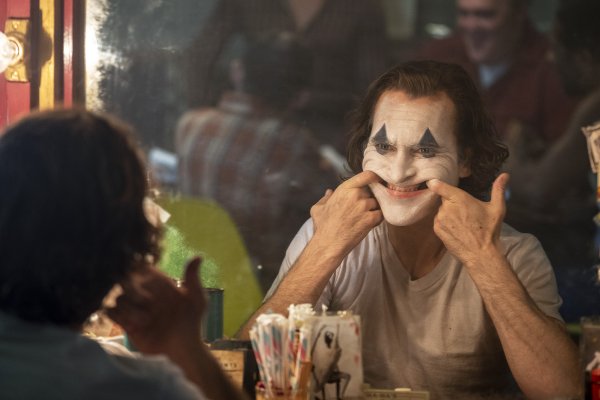 The Problem With Joker Isn't Its Brutal Violence. It's the Muddled Message It Sends About Our Times
Next Up: Editor's Pick