Elizabeth Warren Proposes a Big New Tax on Lobbyists. But Is It Legal?

As part of a broad-ranging set of plans meant to address government corruption, Sen. Elizabeth Warren proposed a new tax on lobbying on Wednesday, meant to discourage major corporations from spending more than $500,000 to lobby the government. But law experts say any plan to tax lobbying would almost certainly face legal challenges under the First Amendment.

“Nobody will be surprised that the top five industries that would have paid the highest lobbying taxes are the same industries that have spent the last decade fighting tooth and nail against popular policies: Big Pharma, health insurance companies, oil and gas companies, Wall Street firms, and electric utilities,” Warren said in her statement announcing the new plan.

The new tax would affect some of the large corporations that have spent the most on lobbying. According to the campaign, if Warren’s tax has been in effect over the last 10 years, AT&T would have paid $112 million in taxes on their lobbying expenditures, Boeing would have paid $115 million.

It’s yet another plank in Warren’s campaign platform that has so far been built around reigning in Wall Street and rooting out corruption in Washington. She has proposed plans to strengthen Congressional independence, force all federal candidates to release their tax returns and make senior government officials divest from privately own assets, and ban federal officials and top appointees from becoming lobbyists. Her campaign stump speech is half a story of a girl growing up on “the ragged edge of the middle class,” and half a list of how she’ll fix what she calls “corruption, plain and simple.”

But while other aspects of her anti-corruption plan may be easier to enforce, some law experts say Warren’s latest plan would likely face significant legal challenges, especially since the First Amendment guarantees the right to “petition the government for a redress of grievances,” which is the legal underpinning of modern lobbying.

“I think any plan to tax lobbying is almost certainly unconstitutional,” says Robert Kelner, a partner at Covington & Burling and an expert on federal lobbying laws. “It’s extraordinarily likely to be struck down by the Supreme Court if not by lower courts, because it would directly undermines the First Amendment right to petition our government.”

Other law experts say a lobbying tax is particularly unlikely to survive the current conservative makeup of the Supreme Court. “Given this Court’s view that money is a form of speech, it would likely view such a tax as an infringement of that right,” says Delaney Marsco, legal counsel for ethics at the Campaign Legal Center. “For the First Amendment purposes, it doesn’t matter whether or not you call it a tax. In terms of how First Amendment cases are analyzed, it has to do whether or not speech is burdened.”

Other experts argue that the First Amendment protects a petitioning system that is very different from the current lobbying system. “There is no constitutional right to an unregulated, opaque and informal access to the Congress or to any legislature,” says Maggie Blackhawk, an assistant professor at the University of Pennsylvania Law School who has researched lobbying and the petition clause. “That’s not what the petition clause was drafted to protect.”

Warren’s plan proposes taking all revenue raised by the new tax and directing it to a Lobbying Defense Trust Fund that would subsidize federal agencies targeted by lobbyists and direct more resources to Congress to strengthen agencies like the Congressional Budget Office. She also proposes starting a new Office of the Public Advocate, designed to help ordinary citizens engage with federal agencies.

When asked about the constitutionality of the plan, the campaign noted that the tax code already treats lobbying differently from other businesses expenses by not allowing lobbying expenditures to be tax-deductible, pointed out that the tax doesn’t go into effect until a company has spent $500,000 on lobbying expenditures, and that the tax would apply equally to different businesses or interest groups, regardless of their advocacy (so human rights groups would pay the same taxes as large corporations.) 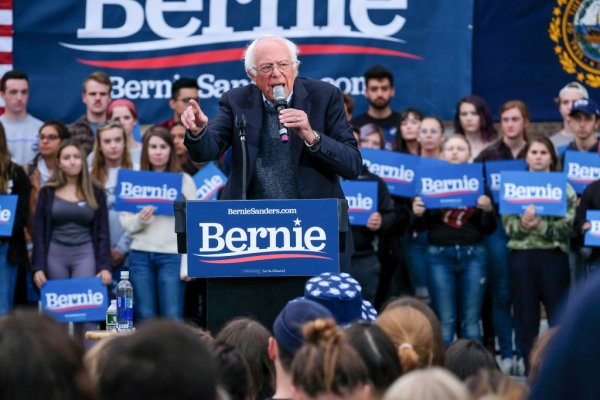