Jamal Khashoggi Was My Fiancé. A Year After His Murder, I'm Still Fighting for Justice

I wasn’t supposed to be with Jamal that day when he went to the Saudi consulate to get the necessary documents for our marriage. He knew I was busy with my Ph.D. work and had told me to carry on with my studying. But in the end, I offered to go with him. Apart from being a person I loved, Jamal was a person I profoundly respected, whose life, status, experience and values I admired. I was always happy to know where he was going and to help him out, especially when he was in Istanbul, where we spent a lot of time together. It made him happy, too.

Who would have known that as we were finalizing preparations for our marriage, others were moving in for his murder? As the hours passed by in deep silence, I waited for him and stared at the gates of the consulate in fear and hope. By the time I realized something was wrong, the damage was already done. Jamal’s blood had already been spilled; his body cut up into pieces.

I still had no idea of the dark nights to come. In the days that followed, my phone rang constantly for hours. Were the calls from journalists? I could not answer most of them. Although it took a long time for the news to emerge, Jamal’s death in the consulate that day was eventually confirmed to the public on Oct. 19. Turkey was saved from being the host to an anonymous murder. That is hardly enough to ease the enormous loss of Jamal.

After the news of the atrocity, I felt detached from life for a long time. I did not read the news; I did not follow what was written during the period. Articles or phone calls would not be able to bring Jamal back. But journalists and rights groups managed to keep the issue on the international agenda for a long time, with sheer loyalty to Jamal and what he stood for. For this I am grateful, and I hope they will uphold their moral responsibility and continue to pursue justice for this brave man.

But Jamal was murdered. I will never see or have the chance to meet with him again in the earthly realm. All my dreams have been profoundly shaken. Before this, I had my own struggles in life like everyone else. Now, Jamal’s fight for justice has been added to them. Because world leaders claim to represent justice but lack morality, I have been left with the burden of carrying this feeling. I am not just the woman going after her partner’s cause in his absence, but also the one left to hold to account those who took his life.

A year later, the first thing that comes to my mind is shame, an immense disappointment that the systems of the world are built on economic interests rather than ethical values. As a researcher of the Middle East and a future academic, I can see that the day Jamal was killed was not simply the murder of a journalist. It was also the murder of fundamental values: human rights, the international rule of law, the norms of diplomacy. The situation reminded me of the words of the wise Alija Izetbegovic during the Bosnian War: “What is being defended in Bosnia today is not just Bosnia itself; what is being defended is Europe. For in Bosnia today, the values vowed to be upheld by Europe are being defended.”

Jamal supported the fight for democracy in the Middle East after the Arab Spring. “It is time for concepts like freedom of thought and democracy to arrive in Arab states as well,” he would say. It was statements like these that so provoked the current leaders of Saudi Arabia, afraid of their own shadows, their rage growing into such animosity that they carved up a human being because of his words.

Jamal only wanted to practice journalism. He acted as a journalist should. But in the minds of those who only saw journalists as spies giving intelligence to the public, he was extremely dangerous.

From this perspective, Jamal’s murder shows how our part of the world—the Middle East—is being left in the dark ages. Most of Jamal’s friends were either in prison or did not have such a strong voice that could speak to the whole world. But Jamal found comfort in knowing that so many like-minded people were with him and supported him. This is what he meant every time he said he was not alone with these beliefs.

What happened to Jamal showed how far human rights have been abandoned in the Arab world. Jamal’s name now represents all the nameless people in this region who would like to speak but can’t articulate what they want to say, and have to remain anonymous on social media.

The murder of Jamal, a rare man of his generation, was a blow to everyone fighting for democracy in the region. It wasn’t just people who knew him who cried at his death; it was everyone crying for the fate of the people from this region. Muslims around the world performed a funeral prayer without a body. In getting rid of his body, his killers had dealt yet another blow to those who loved Jamal.

But at the same time, they sowed the seeds of a new enlightenment and a movement to fight for freedom around the world and, above all, in the Middle East. While I was traveling recently, a man came to help me with my suitcase, walking with me until passport control without looking at me. When we paused, I thanked him for his kind gesture. “May Jamal rest in peace,” he replied. “I wish I could do more for you. I am Iranian; I recognized you as we were boarding the plane. I am so sorry for what happened. I was very much affected by it all.” Then he said goodbye and left, and I stood there watching him walk away.

The savagery of Jamal’s killing pained anyone with a conscience. By helping me that day, that Iranian man tried to relieve his own suffering. Days later, I saw a middle-aged lady approaching me. Her eyes brimming with tears, she asked me if I was Jamal’s partner; I said yes. “Please, let me hug you,” she said, wanting to prove how sincere she was. I learned this mother was from Iraq and was suffering too, sharing in the pain of Jamal’s brutal killing. They tried to silence Jamal forever. But instead he has become the symbol of our collective moral conscience, the voice for the voiceless in the Middle East. 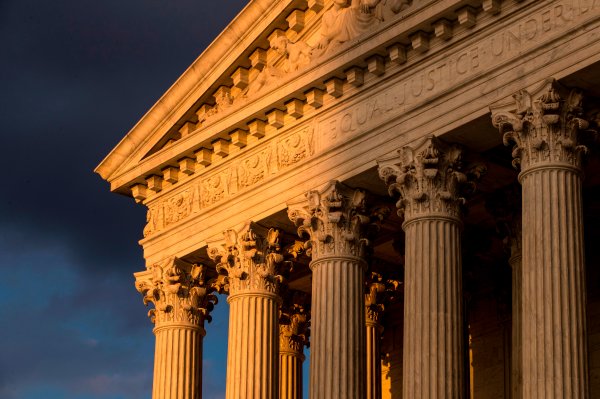