The U.N.’s special rapporteur on extrajudicial killings, a Yemeni Nobel Laureate, and the owner of the Washington Post were among mourners who gathered outside the Saudi Arabian Consulate in Istanbul on Wednesday to mark one year since the murder of Saudi journalist Jamal Khashoggi.

“No one should ever have to endure what you did,” Amazon CEO and Post owner Jeff Bezos told Khashoggi’s fiancée Hatice Cengiz on stage, pointing to the street where on Oct. 2 last year she had paced for hours as she waited in vain for him to emerge from the consulate. Bezos embraced Cengiz and told her, “It is unimaginable and you need to know that you are in our hearts. We are here and you are not alone.”

Khashoggi, a journalist and commentator who had been critical of Saudi Arabia’s Crown Prince Mohammad Bin Salman, vanished one year ago after entering his country’s consulate to obtain a marriage certificate. It later emerged he had been killed and dismembered by a Saudi assassination squad. U.S. intelligence concluded the Crown Prince had ordered Khashoggi’s killing, and in June, a United Nations special report found “credible evidence” warranting a deeper investigation into the role of the Crown Prince in the murder.

In an interview with 60 Minutes that aired on Sunday, bin Salman said he takes “full responsibility” for Khashoggi’s murder, but denied that he had ordered the killing, calling the death “a mistake” and “a heinous crime.”

Speaking after the memorial, U.N. special rapporteur Agnes Callamard told TIME that although MBS’s acknowledgment Khashoggi’s killing was a state crime was important, his attempt to personally distance himself from the murder was unconvincing.

“It’s what heads of corporations are always asked to do when there is a f*ck up: claim responsibility but protect yourself from personal liability,” she said. “But the facts go against his statement because the relationships between Mr. Mohammed bin Salman and the people implicated in the crimes are much closer than he’s pretending they are.”

Last month, a transcript of Khashoggi’s dying moments was leaked to Turkish journalists. In it, members of the Saudi assassination squad referred to Khashoggi as a “sacrificial animal” and detailed plans to carve up his body. “Don’t cover my mouth,” Khashoggi said in his last panicked words, “I have asthma, don’t do it. You’ll suffocate me.”

Wadah Khanfar, the former director of Doha-based news network Al Jazeera, said in a speech on Wednesday that Khashoggi’s killers “wanted him to disappear but his image and his voice are chasing them everywhere.” Turan Kislakci, head of the Turkish Arab Journalists Association has announced that his association is attempting to buy the building of the Saudi Consulate and turn it into a permanent memorial for Khashoggi.

Rights advocates have called for a stronger response from President Donald Trump, who has declined to condemn bin Salman. In remarks addressed to mourners on Wednesday, Washington Post CEO Fred Ryan, whose newspaper published 20 of Khashoggi’s columns, spoke about the danger of authoritarian rulers increasing their grip on the free press “even in the United States.” He referred pointedly to the “indifference some word leaders have shown” after Khashoggi’s killing but said it could be a catalyst for enduring change.

Khashoggi was one of four journalists and one news organization recognized collectively as the “Guardians” as TIME 2018 Person of the Year, for “taking great risks in pursuit of greater truths.”

In the garden, in front of the Saudi Arabian consulate, Cengiz unveiled a memorial stone for her fiancée. Khashoggi’s friends and colleagues spoke of his integrity and principled pursuit of the truth, of other journalists killed and detained under authoritarian regimes, and his inspiration for a new “Arab Spring.”

“I want to know what happened to his body. I want his friends to be released from jail. I want that those in power are held accountable for their actions,” Cengiz said in a speech that also reflected on what Khashoggi meant to her personally. “He was the love of my life. I still love him.” 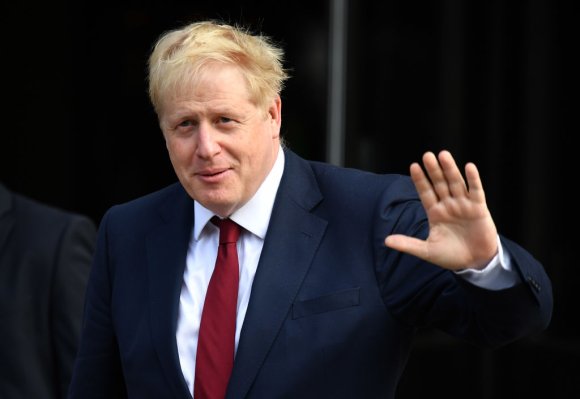