Why We Need a Code of Ethics for the Supreme Court

In this Oct. 10, 2017, file photo, the Supreme Court in Washington is seen at sunset.
J. Scott Applewhite—AP
Ideas
By Alicia Bannon and Johanna Kalb
Alicia Bannon is the co-author of Supreme Court Ethics: The Need for an Ethics Code and Additional Transparency. Bannon is the managing director of the Brennan Center’s Democracy Program and head of its Fair Courts team.

Johanna Kalb is the co-author of Supreme Court Ethics: The Need for an Ethics Code and Additional Transparency. Kalb is a fellow at the Brennan Center and associate dean and professor at Loyola University New Orleans College of Law.

When the Supreme Court returns from vacation on October 1, the justices have a week to do administrative work before arguments begin. Their first order of business should be a code of ethics.

Such codes govern the rest of the nation’s courts, not to mention a growing number of corporations, universities, and similar institutions. But not the Supreme Court.

It’s an egregious gap, particularly at a moment when public trust in our democratic institutions is falling, and in the aftermath of Justice Brett Kavanaugh’s highly contentious confirmation hearing, which polarized the country and continues to cast a shadow over the Supreme Court.

Judges are supposed to take steps to avoid even the appearance of bias or political activity. But over the last twenty years, we’ve seen Supreme Court justices engage in activities forbidden under the code of ethics for other federal judges. Members of the Court have given partisan speeches. They have failed to recuse themselves from cases with which they have apparent conflicts of interest. Some have accepted lavish gifts from people and organizations who also fund constitutional litigation.

Congress has taken notice of this behavior. A series of bills – sponsored by both Republicans and Democrats – have sought to require a code of conduct for the Supreme Court. This year, H.R. 1, a comprehensive package of democracy reform bills that passed the House of Representatives in March, included a provision requiring the creation of an ethical code for the Supreme Court.

But the Court doesn’t have to wait for Congress to act – nor should it. The justices can clean their own house by drafting and adopting a code of ethics.

As a start, they can draw from the Code of Conduct for United States Judges, which has applied to the federal judiciary since 1973. Much of the code can be easily applied to the Supreme Court, including its new provisions on harassment and abusive behavior in the workplace. The code prohibits judges from participating in or tolerating such behavior and forbids them from retaliating against employees who report it.

While the code is a good foundation, the Supreme Court would also need to account for its unique powers and position. For example, the Supreme Court’s rules for stock ownership should be more stringent than those in the federal code of conduct to reduce the likelihood of needing to recuse themselves from cases involving their investments. And given the growing frequency with which the justices make public appearances, the Court should adopt ethical standards for speeches and events that are more specific than those in the federal code of conduct.

Of course, having a code of conduct isn’t a cure-all, whether the code applies to judges, professors, or CEOs. But it’s vital for transparency and accountability. By adopting a code of ethics that is publicly available, the Court would shape expectations among judges and the public about acceptable behavior. A code would anticipate and give guidance on knotty ethical dilemmas, and also help to protect the justices against criticism for the tricky ethical decisions they make. And if the justices slip up, a code would allow them to be held accountable, by each other, in the court of public opinion and, in very rare instances, through impeachment.

Since becoming chief justice, John Roberts has suggested multiple times that a code of conduct for the Supreme Court is unnecessary. But there are signs that his views may have changed. Six months ago, Justice Elena Kagan told Congress that the chief justice was considering a code of conduct for the Court. The justices must act. Our highest court should model accountability, not dodge it. 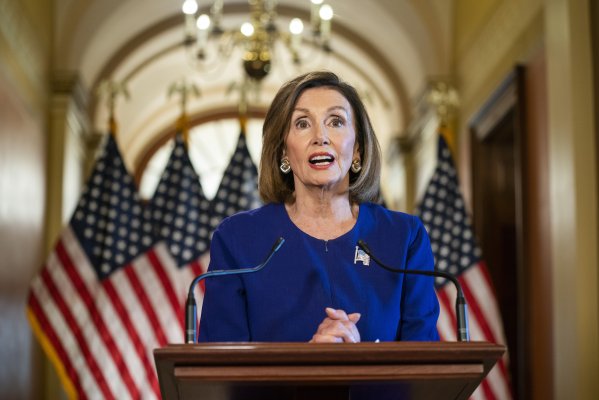 Before the Trump Impeachment Inquiry, These Were American History's Most Famous Whistle-Blowers
Next Up: Editor's Pick