peshkov—Getty Images/iStockphoto
Ideas
By Peter Sterling
Peter Sterling is a professor of neuroscience at the University of Pennsylvania School of Medicine. His book What is Health? will be published by MIT Press in 2020.

The conditions of human life began to improve with the Enlightenment of the 18th century, and we are better off now by many measures: food access, health, lifespan, and so on.

But it hasn’t been an unbroken line of advancement. In the last three decades, U.S. death rates have risen steeply from suicide and compulsive consumption of alcohol and drugs, which Princeton University professors Anne Case and Angus Deaton famously termed “deaths of despair.” Exceeding these deaths of despair by tenfold are rising deaths from type 2 diabetes, hypertension, and cardiovascular disease—caused significantly by compulsive consumption of what we might call “foods of despair,” the extremely sweet, fatty, high-calorie foods that comprise much of the American diet.

The medical community typically identifies each clinical manifestation as a separate “disease” or “disorder,” arising from internal “dysregulation.” Yet addictions, hypertension and type 2 diabetes are not dysregulations. Rather, they are predictable adaptations to life in a cage––a world-wide zoo where, deprived of challenges, we desperately seek distractions, quarrel, and grow fat. How did this happen?

Our ancestor half a billion years ago was a marine worm equipped with a brain. The worm learned and remembered where to find food and mates, how to avoid danger, and so on. The key was a neural circuit that drove the creature to seek food, sex, and safety––and rewarded each favorable result with a brief pulse of the neurochemical dopamine. The pulse of dopamine provided a pulse of satisfaction and a pause in seeking. As the pulse dissipated, seeking resumed to serve the next need. Humans retained this reward circuit because it is an efficient teacher. Thus, like our ancient progenitor, we continually seek the next positive surprise that will provide the next pulse of dopamine.

Emerging as a species 150,000 years ago, humans were continually challenged as we migrated throughout Africa and beyond—crossing mountain ranges, deserts, and oceans. Each challenge successfully met delivered a pulse. Humans in the wild found food only episodically, and every surprising morsel provided a pulse of satisfaction.

The risk of scarcity was reduced by sharing, so the human reward circuit evolved to deliver a pulse both for giving and for receiving. The core human features were ingenuity and gradual mastery, coupled to rewarding, egalitarian cooperation.

These qualities were slowly confounded by agriculture as certain groups and families captured the most fertile lands and accumulated surpluses. But modern industry abruptly changed the whole game. Now we obtain food and comfort without effort or surprise. Nor is there much sharing going on in the traditional sense—now, if we come up short, we resort to a credit card, and egalitarianism has been replaced by a widening chasm between the haves and have-nots.

Moreover, our collective genius has narrowed the possibilities for most individuals to exercise their natural gifts across the lifespan. We evolved to explore the planet, but now multitudes are confined to punch a ticket, scan an item, or sit in cubicles and stare at screens. Such activities, learned in minutes or days, present neither challenge nor surprise, so they are unrewarding. Lacking small pulses of dopamine, we grow uncomfortable and seek relief with substances that act powerfully on the reward circuit to release dopamine in great surges.

Every biological circuit responds to a surge by “adapting”—that is, by reducing its sensitivity to strong sustained stimulation. A surge of dopamine reduces the sensitivity of dopamine receptors, which calls for a larger surge and thus more of whatever drug (cocaine, heroin, nicotine, alcohol, sugar) caused it. These systems are neither broken nor “dysregulated;” they are behaving exactly as they were designed. But they evolved to serve small, episodic fluctuations, not chronic surges that lead inevitably to physiological and psychological despair. Of course, not everyone falls into this state of hopelessness: education, equality, and opportunities for meaningful work all help protect individuals from addiction and despair.

To treat the pathologies caused by drugs of despair and rich food, standard medicine seeks new drugs. But each new drug evokes a panoply of effects, plus further adaptations, so we teeter away from true health toward unstable conditions barely maintained through costly poly-pharmacy. Moreover, the drugs employed to treat addictions act by antagonizing the brain’s opioid receptors with the hope that blocking the reward circuit will reduce cravings. But strategies that rely on preventing satisfaction cannot work over the long run.

Instead, we must re-expand opportunities for small satisfactions via challenging activities that require life-long learning and thereby rescue the reward system from its pathological regime.

This will require serious social reorganization. For example, the most mind-numbing jobs are now the worst paid and often require a worker to find a second job. We could insist on better pay and shorter hours for the most mind-numbing work. With the time and spirit so liberated, we could expand opportunities for public service. Noticing the similarities between cave paintings and subway graffiti, we could expand opportunities for public art. Impossible?

Recall that starting December 11, 1941—five days after Pearl Harbor—car tires were rationed. Three weeks later, all car sales to civilians ceased, and the national speed limit was set at 35mph to save gasoline. Then gas was rationed, and sugar sales were limited to half a pound per person per week, half of what was then normal. Similar actions now could simultaneously reduce obesity, addiction, heart disease, and type 2 diabetes; a renewed sense that we all share the same lifeboat could reduce deaths of despair. 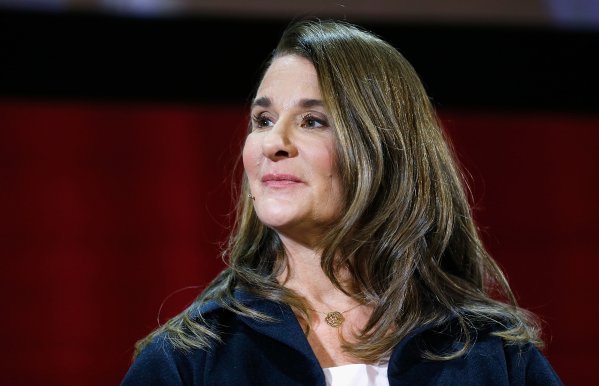 Here's Why I'm Committing $1 Billion to Promote Gender Equality
Next Up: Editor's Pick