An Iceberg the Size of London Just Broke Off Antarctica, But Scientists Say There's No Cause For Alarm Yet

Sea ice and icebergs float as seen from NASA's Operation IceBridge research aircraft off the coast of the Antarctic Peninsula region, on November 3, 2017, above Antarctica.
Mario Tama—Getty Images
By Jasmine Aguilera

An iceberg larger than the size of greater London has broken off the Amery Ice Shelf in Antarctica — the largest iceberg the shelf has produced in more than 50 years.

Scientists at the Australian Antarctic Devision and the Scripps Institution of Oceanography at UC San Diego have been monitoring the area for more than 20 years, and expected a large section would break off between 2010-2015, though they expected it would be an area they named “Loose Tooth” because of it’s resemblance to a child’s tooth hanging on. A different area of the ice shelf broke off on Sept. 26. and is now named D-28. It is 1,636 square kilometers in area, roughly 631.6 square miles.

“I am excited to see this calving event after all these years,” said Helen Amanda Fricker, a professor at Scripps, said in a public statement. “We knew it would happen eventually, but just to keep us all on our toes, it is not exactly where we expected it to be.”

The scientists say the iceberg break off — or calving — is not the result of climate change, but a part of the shelf’s normal cycle of major calving events taking place every 60-70 years. The event is also not expected to directly affect sea level rise because the ice shelf was already floating.

“But what will be interesting to see is how the loss of this ice will influence the ocean melting under the remaining ice shelf and the speed at which the ice flows off the continent,” Fricker said in the statement.

Amery Ice Shelf is the third largest in Antarctica, located on the eastern side of the continent. While scientists expected calving at Amery, glacial melt does pose a risk to global sea level rise. 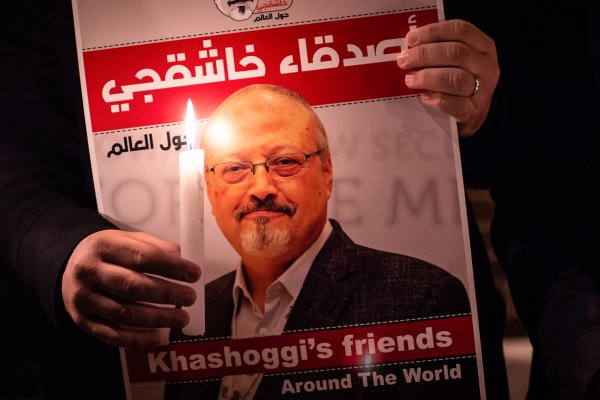 A Year After Jamal Khashoggi's Death, Here Are the 'Most Urgent' Threats to Press Freedom
Next Up: Editor's Pick