Compounding pharmacies have messed with the wrong celebrities. On Sunday’s episode of Last Week Tonight, John Oliver and a star-studded guest list hit back at the pharmaceutical “Wild West.”

According to Oliver, pharmacies like Walgreens or CVS—where you pick up medicine manufactured somewhere else—are a relatively new phenomenon. Back in the day, most pharmacists made their drugs themselves on site. A few such pharmacies still exist. These so-called compounding pharmacies tailor-make medicines that are not commercially available, helping for instance people who can’t swallow a pill, children who need flavored liquid versions or people who are allergic to a specific ingredient. Basically, they make bespoke medications, which Oliver would call “designer drugs, if that phrase hadn’t already been taken by egregiously Dutch dealers selling pills to suburban kids.” There are 7,500 compounding pharmacies all over the country and, according to Oliver, while they fill an important niche, their prescriptions are not subject to the same level of government scrutiny as large drug manufacturers.

According to Oliver, the lack of FDA oversight has turned compounding pharmacies and the drugs they produce into “the Wild West” of the pharmaceutical industry. According to a Senate report Oliver cites, drugs made by large pharmaceutical companies have a failure rate of less than 2%, while those made by compounding pharmacies fail closer to around 33% of the time. “Compounding drugs have about the same failure rate as the Jonas Brothers,” Oliver said.

While drug failures are clearly not great, the manufacturing of those drugs is made more problematic by unsanitary facilities, including one pharmacy where a box of loose pills was stored in a bathroom next to the toilet. While those pharmacies are supposed to be inspected regularly, there are simply not enough inspectors for the task, according to Oliver. The issue was highlighted when it was discovered that a compounding pharmacy was at the root of a fungal meningitis outbreak in 2012, which resulted in several deaths. A pharmacy was outsourcing the drugs they were making, which violated the law. It was also supposed to have a prescription for each bottle of medicine made, a rule they skirted by filing prescriptions under fake names or the names of celebrities, including David Schwimmer, Ru Paul, Michael Bolton, Jimmy Kimmel and Method Man, as well as fictional characters like Sarah Marshall from Forgetting Sarah Marshall.

According to Oliver, in the wake of that outbreak, new rules were created for regulating compounding pharmacies that outsourced. Still, following the regulations was on a voluntary basis and only 77 pharmacies signed up to enforce those rules. “If you need everyone to obey a rule, it can’t be voluntary,” Oliver said. “It’s why stop signs say ‘stop’ and not ‘shrug emoji.'”

Since compounding pharmacies do play an important role, Oliver says that is all the more reason why they should be carefully regulated. To help prove that point, he had Ru Paul, David Schwimmer, Method Man, Jimmy Kimmel, Michael Bolton, Kristen Bell and Kiefer Sutherland speak out against the problem. 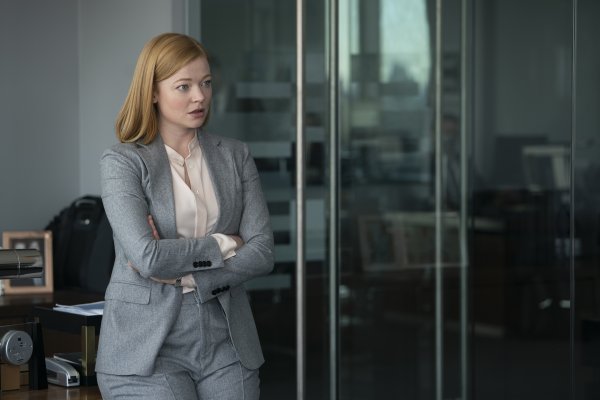