Meghan Markle visited a memorial to a murdered 19-year-old student while traveling in South Africa earlier this week, Buckingham Palace confirms to TIME.

Uyinene Mrwetyana, a female student in Cape Town, was raped and murdered in August. Her death launched a wave of outrage and protests as women across the country demanded South Africa address the issue of gender-based bias, launching the social media campaign #AmINext? 39,633 rapes and 6,253 sexual assaults were reported in the country in 2017, according to Amnesty International.

According to CNN, the Dutches of Sussex initially visited the memorial in secret because she wanted to attend in private as a “personal gesture.”

The official Sussex Royal Instagram account posted a photograph of Markle Saturday morning, tying a ribbon at the post office where Mrwetyana was killed. The post said Markle wanted “to pay her respects and to show solidarity with those who have taken a stand against gender-based violence and femicide.”

She spoke out against gender violence during a speech organized by African human rights organization Justice Desk, saying, “On one personal note, may I just say that while I am here with my husband, as a member of the royal family, I want you to know that for me, I am here with you as a mother, as a wife, as a woman, as a woman of color and as your sister.” 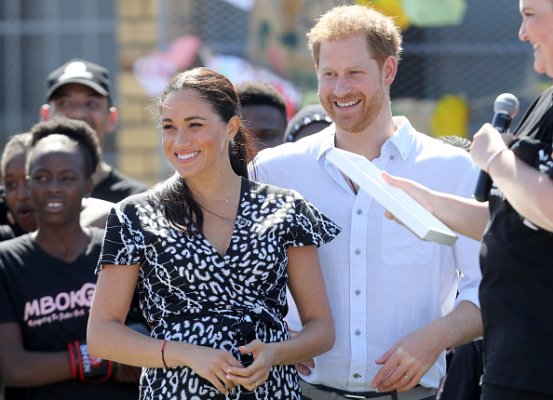