Pelosi said Barr’s Justice Department was part of a “cover-up” attempt inside the White House during an interview on MSNBC’s Morning Joe on Friday.

“He’s gone rogue,” Pelosi said of Barr. “Where they’re going is a a cover-up of a cover-up. I think it’s sad to have a Justice Department go so rogue. They have been for a while. Now it just makes matters worse.”

The whistleblower’s complaint, which was released Thursday, included an allegation that Barr “appears to be involved.” The Justice Department has denied that Barr spoke with Trump “about having Ukraine investigate anything related to” Biden or his son, in a statement on Wednesday.

Pelosi’s comments came following her announcement on Tuesday that the House will open a formal impeachment inquiry into Trump over his the content of his conversations with Zelensky. Democrats were hesitant for months to pursue an impeachment inquiry against Trump, and took the step as more details about his call with the Ukrainian president emerged.

“The facts changed the situation and they cannot be ignored,” Pelosi said Friday during the interview. “We weigh the equities—I never thought he was worth it.”

Support among House Democrats for an impeachment inquiry has escalated in the last week, with now at least 221 members indicating they support pursuing an investigation. Pelosi needs 218 votes to impeach Trump and send the case to the Senate. 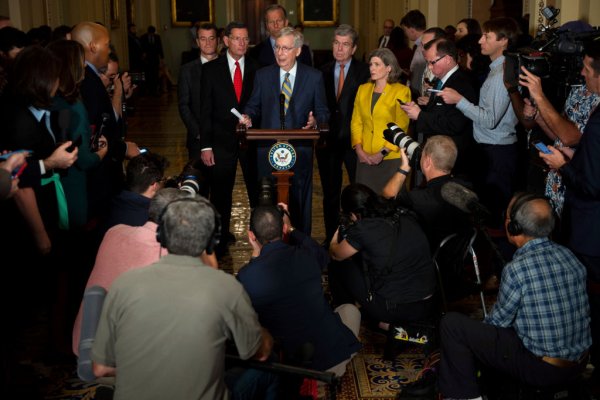 Why Mitch McConnell Could Be Key in the Trump Impeachment Battle
Next Up: Editor's Pick