iPhone Rescued After 15 Months at Bottom of River. Still Works!

A YouTube star was diving for treasures in a South Carolina river when he found one—an iPhone. That wasn’t the surprise, though, that came later when he plugged in the phone and found it still worked. While that was surprising, the real shocker came when he tracked down the phone’s owner and she revealed she had lost it in the river 15 months ago.

Erica Bennett dropped her iPhone in the Edisto River while she was out with family back in June 2018, she told WCIV, an ABC affiliate in Charleston. While the phone was in a waterproof case, her husband couldn’t find it when he jumped in the river to look for it. She understandably believed the phone was lost forever, so when Michael Bennett called her, she was stunned.

Bennett, who frequently goes on dives for treasure posting videos under the name “Nugget Noggin” on his YouTube channel, which has over 725,000 followers, found the iPhone still in its case about 10 feet below the surface in the river, ABC reports. It was covered in what he described as “black erosion”, but decided to bring it home and plug it in where he discovered that it still worked. He then put the phone’s SIM card into a different phone and found the owner’s contacts. After a few calls around, he finally reached Bennett.

While she had purchased a new phone, she was reportedly thrilled to be reunited with her old phone as it contained text messages and pictures of her late father that she believed were gone forever. Thanks to modern technology, a really good waterproof case, and a diligent YouTube star, she has them back now. 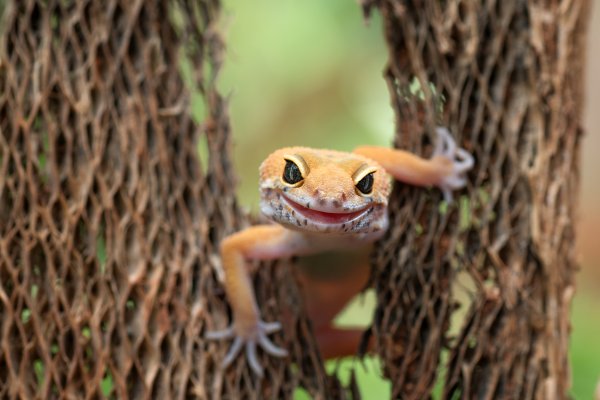 Modelesque Gecko Striking a Pose Knows a Thing or Two About Serving Attitude
Next Up: Editor's Pick