A Writer Interviewed Her Rapist 14 Years Later. The Resulting Book Is Unsettling and Timely

For all the light that #metoo has shined into dark corners, many among us still swallow the destructive myth that most rapists are armed strangers lurking in alleys. The past two years have seen countless powerful examples of the truth: rapists are usually someone the victim knows, often quite well. But the stranger-danger emphasis that remains creates a shield, allowing perpetrators to avoid seeing themselves as doing real harm.

Jeannie Vanasco, an English professor and a survivor, wanted to delve into the motivations and behavior of rapists. In her new memoir, Things We Didn’t Talk About When I Was a Girl, she asks a question central to our national conversation about abuse: “Is it possible to be a good person who commits a terrible act?” Vanasco’s 2017 debut memoir, The Glass Eye, explored grief and mental illness. Her father died when she was in her first year of college, a devastating blow that was compounded by several traumatic incidents.

Things We Didn’t Talk About zeroes in on one: being raped by a close friend when she was 19 years old. More than a decade after the attack, Vanasco decided to look for her rapist and see if he would speak to her about what happened. The idea of such a confrontation is bold, unsettling and timely. She wanted to find out how a person who hurts others talks to himself about his actions. If we are ever going to reduce sexual violence, it’s a critically important question.

Vanasco begins the book with meandering discussions of memory and writing as she describes her search for the man she hasn’t spoken to in 14 years. But the tension accelerates and the structure tightens when she finds “Mark,” and he agrees to several recorded conversations. The author intersperses transcripts of those conversations with her analysis of them–a close read of shame, heartbreak and anger. “I’m tired of white, educated, middle-class guys, like Mark, not being held accountable,” Vanasco writes. At the same time, she retraces the patterns of self-doubt so many survivors battle. “Does my silence make me complicit? I think it does. Or maybe I’m finding another way to blame myself.”

At times, Vanasco downplays her pain and the depth of her trauma to Mark, aware of yet unable to correct what she calls “gender performing.” Those moments can make for frustrating reading. But they provide a vital examination of a kind of reflexive niceness, familiar to many women, which can create a feeling of safety by deflecting conflict, while also inhibiting accountability and growth.

Vanasco opens her process of self-examination to the reader. Along with questioning Mark, she explores her own responses, first to the attack, then to the interviews. She unpacks her struggle to describe what happened as rape and how the FBI’s definition, updated in 2013 to be more nuanced, helped her accept the crime for what it was.

Mark’s own process is murkier: while he admits in the book that he raped Vanasco, he struggles to see himself as a rapist. His apologies alternate between sincerity and infuriating self-interest. His comment–“Nice guys are a total lie”–took my breath away. There are honorable men in the world; his own failure doesn’t apply to all. But Vanasco writes with a fair hand. Mark’s depression and solitude add a reluctant pathos to the book.

What Vanasco’s memoir lacks in research-oriented context, it makes up for in honesty. She has created a reckoning with injustice told in real time, with all the hesitations and concerns of a wounded heart. She provides few answers but compels readers to ask as we all move forward: How many abusers would act if they knew they’d be called to account, not only legally, but also morally? 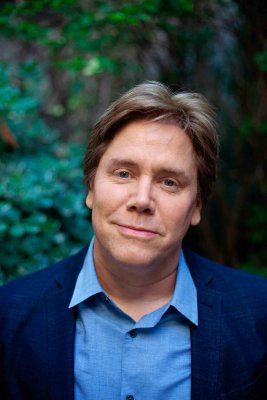 Stephen Chbosky’s New Horror Novel Is a Far Cry From The Perks of Being a Wallflower
Next Up: Editor's Pick