What Boris Johnson's Defeat in the U.K. Supreme Court Means

Ideas
By James Grant
Grant is a senior lecturer in law at King's College University, London

On Sept. 24, the U.K. Supreme Court handed down its most politically explosive judgment in its almost ten years of existence. No one could confidently predict which way it would go, right up until the last moment. Then, as Lady Hale, the Court’s President, calmly read out the summary of the judgment, there was a gradual realization that it went further than most lawyers had expected. The conclusion was unanimous. Prime Minister Boris Johnson’s decision to “prorogue,” or suspend, parliament for five weeks was unlawful.

On the advice of Johnson, Queen Elizabeth II had agreed to prorogue parliament ahead of the Queen’s Speech, the formal beginning of the parliamentary year. The government claimed it was a routine suspension to give it time to set out its domestic priorities. But critics said it was intended purely to deny parliament the ability to alter or block the Brexit process ahead of the Oct. 31 withdrawal date. The abnormally long duration of parliament’s suspension was, some critics argued, unconstitutional and unlawful. Yesterday, the highest court in Britain sided with that view.

The reaction was more predictable than the ruling. Some critics in Johnson’s Conservative party and the media portrayed the Court as making a “power grab,” elbowing its way into territory that has traditionally been reserved for the Prime Minister. For some, this was a step too far—a step on the road toward a more politicized Court, along the lines of its U.S. counterpart.

But that criticism rests on a misunderstanding about the role of judges in the U.K.’s unwritten constitution. That role did not change when the highest court in the land was symbolically renamed “the Supreme Court” in 2009, and moved into a new home opposite the Houses of Parliament. The British Supreme Court does not have the power, for example, to review legislation as the Justices do in the U.S.

The U.K. Supreme Court’s decision was not a power grab. It was consistent with long-established constitutional principles, which hold that all executive powers have limits that are determined by the courts. In one sense, that’s all this case was about. It was an ordinary case of judicial review of executive power, albeit in extraordinary circumstances.

The circumstances are complicated by the fact that the authority to prorogue parliament is held by the Queen, and in practice is exercised on the advice of the Prime Minister, in what’s known as a “prerogative power” of the Crown. The lawyers for the Prime Minister argued that the exercise of this power was solely a matter of politics, immune from judicial review (“non-justiciable,” to use the jargon).

But the Supreme Court rightly rejected that argument. It recognized that there’s nothing unprecedented about a court of law determining the limits to the Crown’s powers. That’s clear from a long line of judicial precedents dating back over 400 years, such as the Case of Proclamations in 1610, when the court held that the King, then James I, “hath no prerogative, but that which the law of the land allows him.”

What was unprecedented about this case was that the courts had never before been called upon to review the Crown’s power to prorogue parliament. This lack of precedent meant the Court had to develop the law in a new direction. But in doing so it drew attention to Lord Browne-Wilkinson’s famous observation in 1995: “the constitutional history of this country is the history of the prerogative powers of the Crown being made subject to the overriding powers of the democratically elected legislature as the sovereign body.”

For centuries, the courts have developed new principles to limit the Crown’s power in this way. And that’s what the Court did in this case. It pointed out that, if the executive had an unlimited power to prorogue the legislature, that power would be incompatible with both parliamentary sovereignty—meaning parliament’s constitutional power to legislate—and parliamentary accountability. There have to be limits.

According to the Court, those limits are that the prorogation cannot lawfully be used to prevent, “without reasoned justification, the ability of parliament to carry out its constitutional functions.” Given that the government had provided no evidence to suggest that there was “any reason, let alone a good reason,” to shut down parliament for five weeks, the Court ruled that it was unlawful for Johnson to advise the Queen to do so.

The court concluded that the lawmakers who carried out the formal duties of suspending parliament had effectively “walked into parliament with a blank piece of paper” and that “parliament has not been prorogued.” Within a couple of hours of the Court handing down its decision, John Bercow, the Speaker of the House of Commons, announced that parliament would reconvene the following day.

We’re still in extraordinary constitutional territory. One of the core principles of the British constitution is that the government can continue in office only for as long as it commands the confidence of the House of Commons. If members of parliament pass a no-confidence motion, then either we are heading for another general election or a temporary government, said to be of national unity, until the Brexit question can be resolved.

And that’s the real constitutional problem here. The Brexit referendum of 2016 told us that most voters at the time wanted to leave the E.U.; it did not tell us what kind of Brexit voters now want. British lawmakers enabled the government to negotiate a withdrawal deal with the E.U.; now they are as divided as their electorate about whether we’d be best off leaving with a deal, without a deal, or not leaving at all.

Constitutions work well when they help us to resolve disagreements in a way that all sides can accept as legitimate. But people in the U.K. cannot agree how to resolve the disagreement over Brexit. That constitutional problem has led to executive overreach, contrary to the constitutional principles that protect Parliament. And that executive overreach has led to, and justifies, the Supreme Court’s decision, which puts parliament back in control. 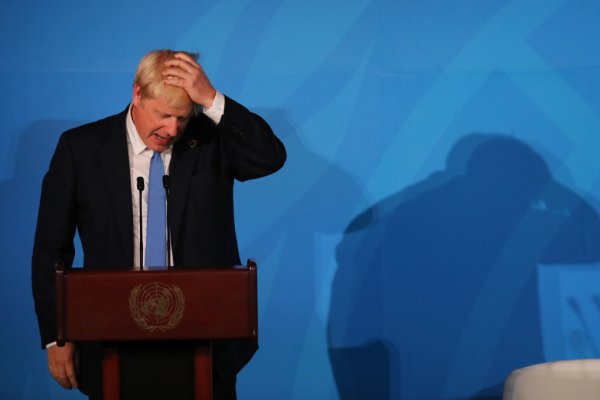