Greta Thunberg, the 16-year-old Swedish climate activist, stunned the world when she called out world leaders for climate change apathy at the UN on Monday; hours after her speech, however, President Donald Trump appeared to attempt to dismiss Thunberg on Twitter when he made headlines with a seemingly mocking quote tweet of a video of her speaking at the United Nations Climate Action Summit.

“She seems like a very happy young girl looking forward to a bright and wonderful future,” he wrote in a tweet late Monday night. “So nice to see!”

While Thunberg did not directly address Trump’s tweet, she had a quiet yet deft response to him when she updated her own Twitter bio in the same manner and phrasing of his tweet.

During her emotional speech at the U.N., Thunberg chastised world leaders for not taking more action when it came to climate change.

“I shouldn’t be up here. I should be back at school on the other side of the ocean,” she said. “Yet you all come to us young people for hope. How dare you! You have stolen my dreams and my childhood with your empty words.” 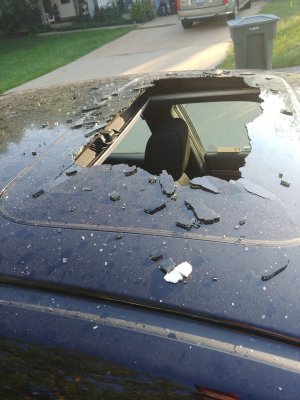