'Queer Eye's Jonathan Van Ness Says He Is a 'Member of the Beautiful H.I.V.-Positive Community'

Jonathan Van Ness, the 32-year-old star of Netflix’s Queer Eye, shared that he is H.I.V. positive in a powerful interview with the New York Times on Saturday.

He said that he hopes he can bring attention to misperceptions about being H.I.V. positive, saying that he is healthy and a proud “member of the beautiful H.I.V.-positive community.”

Van Ness revealed to the Times’ Alex Hawgood that he was sexually assaulted when he was a child, and explained that “[f]or a lot of people who are survivors of sexual assault at a young age, we have a lot of compounded trauma.”

Through therapy, Van Ness later processed that the abuse pushed him to self-destructive behaviors. He shared that in his early teens he had sex with older men he met online, and when he was in his first year of college he advertised sex for money on Gay.com, a chat and personals site, to make up for spending money from his mother on cocaine.

Van Ness later dropped out of college, attended an 11-month beautification program, and began working at hair salons. But he still struggled with drug addiction in his early 20s, and went to rehab twice for smoking methamphetamine. He said he relapsed both times, but has not done hard drugs in years.

Van Ness revealed that when he was 25, he went to Planned Parenthood after experiencing flulike symptoms, and tested positive for H.I.V.

“That day was just as devastating as you would think it would be,” he writes in his upcoming memoir, Over the Top: A Raw Journey to Self-Love.

“When Queer Eye came out, it was really difficult because I was like, ‘Do I want to talk about my status?,’” he told Hawgood. “And then I was like, ‘The Trump administration has done everything they can do to have the stigmatization of the L.G.B.T. community thrive around me.’”

He paused before adding, “I do feel the need to talk about this.”

Van Ness’ memoir Over the Top: A Raw Journey to Self-Love comes out Sept. 24. 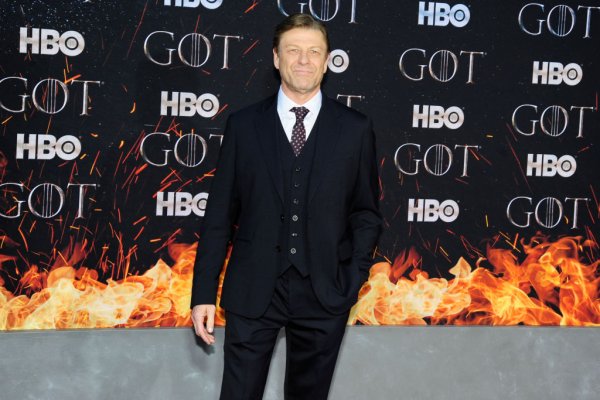 Sean Bean Wants to Stop Dying On Screen
Next Up: Editor's Pick