If you’re a fan of the English actor Sean Bean, chances are you’ve seen him horrifically die on screen. He now wants to change things up.

Bean was famously beheaded in the first season of Game of Thrones, kicking off the show’s long spree of killing main characters. He took arrows in the chest in 2001’s Lord of the Rings, and he was crushed by burning metal in 1995’s GoldenEye. As one meme put it, “One does not simply kill Sean Bean.. One must do some repeatedly.”

Turns out Sean Bean knows this, and has started turnings down roles where he dies, “Otherwise it was all a bit predictable.”

In an interview with The Sun, published on Thursday, Bean said, “I’ve turned down stuff. I’ve said, ‘They know my character’s going to die because I’m in it!’

The 60-year-old actor’s repeated deaths are well known on the internet, and even launched a 2014 internet campaign titled #DontKillSeanBean. A 2011 YouTube video titled “Sean Bean Death Reel” has over 2,600,000 views.

Bean said he was initially comfortable with his Game of Thrones character Ned Stark getting killed, because he didn’t “want to get stuck in one of these series that lasts seven years.”

But, since the show has been such a global hit, Bean added, “But I wish I’d have got stuck now. But it was very clear what [Game of Thrones author] George R.R. Martin wanted to happen to Ned — and it did.”

Bean makes it out alive in his upcoming project, the drama World On Fire, which premieres Sept. 29. 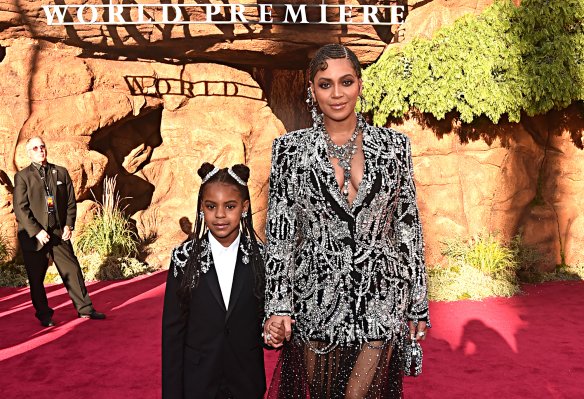 Independent Woman Blue Ivy Does Not Need Beyoncé's Help With Remembering the Lyrics, Thank You Very Much
Next Up: Editor's Pick