At least two people were detained by local sheriff’s deputies at a gate to Area 51 after a crowd of about 75 gathered outside of the highly-classified military base in the early hours of Friday morning. The Associated Press reports that it wasn’t immediately clear whether a woman trying to duck under the gate and a man urinating nearby were arrested, but they were escorted away from the site by authorities.

On Wednesday, people had already begun gathering in Rachel, Nev., the closest town to Area 51, in preparation for the alien-themed festival formerly known as Alienstock that is set to take place over the weekend. The event was born out of Matty Roberts’ massively viral pledge to invade Area 51, but has taken on a life of its own in the months since Roberts first created the “Storm Area 51” Facebook page.

Roberts backed out of the event in Rachel on Sept. 9 in favor of moving Alienstock to a “safe, clean secure area” in downtown Las Vegas, but that didn’t stop Connie West, the co-owner of the Little A’Le’Inn, from moving forward with the plans for the original festival.

According to ABC News, Lincoln County Sheriff Kerry Lee estimated late Thursday that about 1,500 people had gathered in Rachel and the nearby town of Hiko and that 150 had continued on to get as close as possible to the Area 51 gates.

The U.S. Air Force has warned those descending on the Nevada desert that “any attempt to illegally access [Area 51] is highly discouraged.” 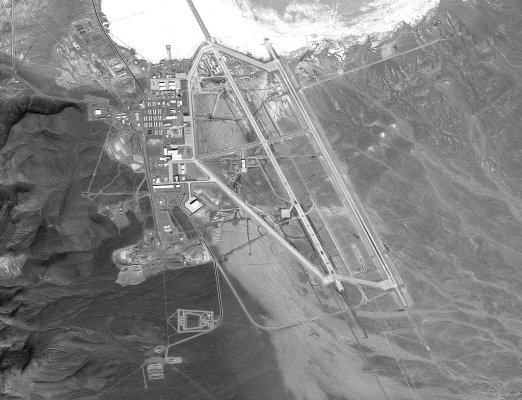 This Naruto Runner Is Clearly Already the One True Legend of the 'Area 51 Raid'
Next Up: Editor's Pick