Joe Biden’s campaign these days looks more like an incumbent seeking re-election than an upstart hopeful.

The former Vice President’s campaign is holding fewer events in early nominating states than his rivals. He’s spending a ton of time raising cash from deep-pocketed donors. His rivals are showing hustle, while Biden is showing swagger. There’s even a faux motorcade ferrying Biden to ice cream counters.

For someone whose front-runner status is fragile, Biden is spending comparatively little time among rank-and-file voters. Just one of his public events in the last week was in a state that votes before March’s Super Tuesday. Since he joined the race in March, Biden has consistently had one of the lighter campaign schedules. In Iowa, he trails 19 rivals in the number of events, according to The Des Moines Register candidate tracker; in New Hampshire, he trails 13 Democratic rivals in the amount of time spent in the state, with 20 events spread over eight days. Fox News’ candidate tracker has Biden spending just eight days in South Carolina and three in Nevada.

Inside Biden’s orbit, there is a belief that the limited schedule is working. “We began the campaign in the lead and we’re still there. Why would we fix something that isn’t broken?” asks one Biden hand at the campaign’s Philadelphia headquarters. “Voters know Joe Biden, so we don’t have to introduce ourselves to voters.” Where his rivals have to subject themselves to voters’ constant probing, the thinking goes, Biden can go to voters he already knows to ask them for campaign contributions. In the last week alone, he’s picked up checks in Houston, Beaumont, Texas, Dallas, Miami, suburban Washington, D.C., and Chicago.

At least to this point, the scaled-back strategy appears to be paying off. Biden has strengthening his position as the leader of a jumbled pack of hopefuls, expanding his already considerable coalition and bedeviling rivals who had expected the front-runner’s support to collapse. An NBC News/ Wall Street Journal poll released Wednesday showed Biden had expanded his lead by five percentage points since July. Some 41% of Democrats in the same survey say they’d be comfortable with Biden atop the ticket, compared to 35% who say the same of Elizabeth Warren, his closest rival. Biden may be more durable than his detractors had expected.

In fact, Biden may be getting stronger as the campaign goes on. In April, Biden led in just one of the 19 subsets CNN pollsters released results for, and that was among self-identified moderates. He was tied in two others — non-white voters and those earning less than $50,000 a year. The September CNN survey found Biden in a stronger position, ahead in 18 of the 26 slices of the electorate. (Biden still lags Warren among women, liberals, those who are “extremely enthusiastic about the race,” all college graduates and white college graduates. He trails Sanders among Hispanics, voters under 50 and voters under 45.)

Meanwhile, his fundraising is on track, his gaffes ephemeral, the barbs aimed his way glancing. Biden on Thursday announced the backing of two former Congressional Black Caucus chairmen and a former Republican Governor of Florida-turned-Democratic Congressman.

That’s not to say there aren’t warning signs. Biden’s rivals noted a significant enthusiasm gap between Biden and the likes of Warren; 35% of Democratic primary voters nationally told the NBC/ Wall Street Journal pollsters that they were enthusiastic about her candidacy compared to 23% for his — and that’s down 10 percentage points from where he started the race. Biden’s advantage has slipped to single-digits in most national surveys, and his aides last week took the unusual step of openly considering a reality in which they lose the four states that go to polls. His debate performances have been uneven.

“It’s a little early to play hide the candidate,” said one former Biden aide who has no formal role with the current campaign. “But I get it.”

Summer front-runners seldom stay comfortable in Democratic primaries, and Biden aides insist their play isn’t to run out the clock on the race. They say they’re deploying Biden where he can best leverage his universal name ID, rake in cash and fortify his standing with politically necessary groups, such as African-American voters and women. Biden, they argue, has less work to do with voters because he’s already a well-known figure, whereas his rivals are just starting to become known. It is as if he’s running a presidential re-election bid and not a serious primary. His advisers point out that his rivals are spending millions of dollars with limited results — so far.

Biden’s rivals are counting on the front-runner turning out to be a paper tiger, one whose aura of inevitability can be punctured with a loss in the opening primaries. That could well happen. His advisers are focused now on minimizing risk before they get there. 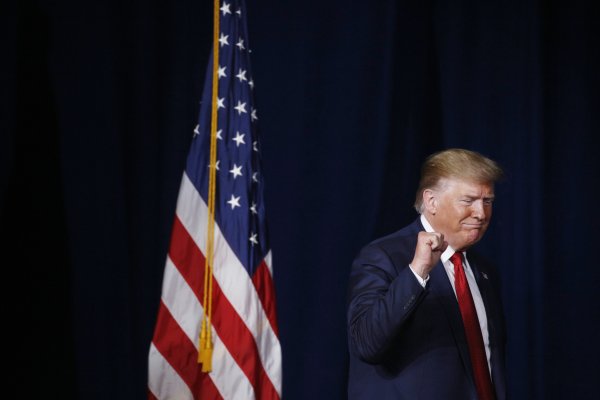 The Trump Campaign Bets on Grassroots Organizing in 2020
Next Up: Editor's Pick