The 5 Best Songs of the Week, From Céline Dion to Liam Payne

This week, Liam Payne doubles down on his play for another earworm hit with “Stack It Up,” an Ed Sheeran-penned tune that should get plenty of love from fans. Meanwhile, of-the-moment rapper DaBaby gets deeply personal on “Intro.” Sabrina Claudio makes moody magic with Julia Michaels on “Truth Is.” Electric Guest prove they have a sound of their own on the infectious “More.” And Céline Dion keeps coming through with soaring anthems, releasing a trio of new songs ahead of a world tour.

It’s not every day that you get an email from Ed Sheeran in your inbox. When it happens, artists tend to take notice. That was the case for Payne, who worked with Sheeran on this catchy new tune — a follow-up and “brother” of sorts to his first solo single, 2017’s “Strip That Down,” as Payne told TIME. “Stack It Up” sees Payne hit his musical sweet spot, which falls somewhere between pop, R&B and hip-hop with a deeply catchy beat; this time, he’s added in New York rapper A Boogie Wit Da Hoodie for contrast. As for the content of the tune? “It’s about the journey of making money together with someone, and how nice it can be to give somebody everything and want to work hard for them,” he explained.

The lyrics are from the perspective of someone from a “working-class background, who’s got a really big dream but it just seems a world away at the moment.” (See: “Wanna be livin’ it up in VIP.”) It’s a relatable character for Payne, who was launched to superstardom as a teen with boy band One Direction but comes from humble roots himself. “Stack It Up” is the first taste of Payne’s debut solo album, which he says mixes references from Justin Timberlake’s Justified, Chris Brown and Usher’s 2001 album 8701. (“I’ve cried about several women to that album,” Payne admitted.) In the meantime, “Stack It Up” should satisfy his fans’ autumnal bop craving.

This year, it’s seemed like North Carolina rapper DaBaby has been living the good life: his star has risen in hip-hop following the release of a successful debut album in the spring, Baby on Baby. And if his verses are anything to go by, he’s seemed to be having a lot of fun while getting tapped by artists like Lil Nas X and Post Malone for features, thanks to his distinctive flow. But “Intro,” a new song off his upcoming sophomore album, shows another side of the fast-talking artist. He starts things off bluntly, explaining that at the same time his career was hitting its zenith this year, he got the news his dad had been found dead. It’s arrestingly honest. “Let’s raise our kids right, let’s watch the sh-t we teach ’em,” he insists sincerely. “I ain’t rappin’, I’m preachin’.”

Sabrina Claudio casts a veritable spell on “Truth Is,” the title track off the Puerto-Rican/Cuban singer’s upcoming collaborative album, due in early October. Over intimate guitar, Claudio spills her heart in a voice that manages to be both breathy and deeply resonant. Co-written with sad-pop magician Julia Michaels, it’s a tenderly self-reflective bit of dreamy R&B-pop. “I don’t even get jealous when you mention other women,” she says confidently at first — and then turns right back around. “Truth is I’m dishonest, ’cause I’m always scared to get too deep,” she admits, her voice breaking a little into a whisper. The production builds and soars, but never overtakes her hums and intonations, staying warm and close to the heart.

Indie duo Asa Taccone and Matthew Compton have been behind some seriously bright earworms in the past few years — like Portugal. The Man’s “Feel It Still” and Carly Rae Jepsen‘s “Feels Right.” Now the L.A.-based pair are making a new play as a front-and-center act, doubling down on their pop sensibility. “More,” off their upcoming third album Kin out in October, has their signature light touch. It’s a retro-inflected electro-pop tune that rings sweet and sincere. Taccone’s lilting falsetto is a comforting topline over bouncy, catchy production.

The amazing thing about Céline Dion is that as her career has continued, she’s reinvented herself just enough to stay relevant while maintaining the timeless sound that has made her a long-term star. “Lying Down,” one of a triplet of new songs released by the iconic Canadian vocalist, is an unabashedly dramatic turn that should play well in concert format, given Dion’s penchant for bold production and set pieces. (She just launched a world tour, too.) Written in part by well-known French DJ David Guetta and perennial hitmaker Sia, it’s got a bombastic, reach-for-the-stars chorus (see: Sia’s “Chandelier” and all of her other big hits) and a melody begging for a club remix. But really it’s Dion who’s the star here, as she turns material that could be run-of-the-mill pop into a display of vocal virtuosity. 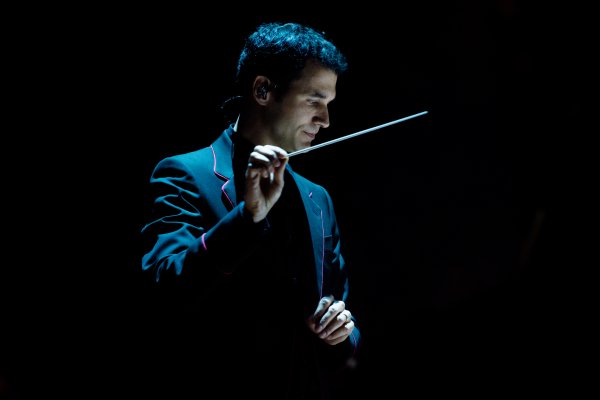