Orlando police launched a manhunt on Wednesday evening to track down a man authorities claim instigated the car crash that sent another automobile barreling into a daycare facility full of children, leaving one four-year-old girl dead and 14 others injured.

Police identified Robert Corchado, 28, as the suspected driver of the Dodge Durango that slammed into another car that was sent careening into a KinderCare center on Wednesday afternoon.

While Corchado later ditched the Durango, authorities confirmed that the suspect then rented a small, black Mazda SUV from an Enterprise in Winter Park and is believed to be attempting to flee Orlando.

Local broadcaster WFTV reported that Corchado was cited for carless driving just last week and has served two stints in prison in the past.

Little news has surfaced about the condition of those hurt during the incident; however, authorities insisted that several people were severely injured.

A law enforcement spokesperson said some of the injured were in “very, very serious condition,” the Associated Press reports. The agency reported that 13 were hospitalized and two others were treated at the scene. 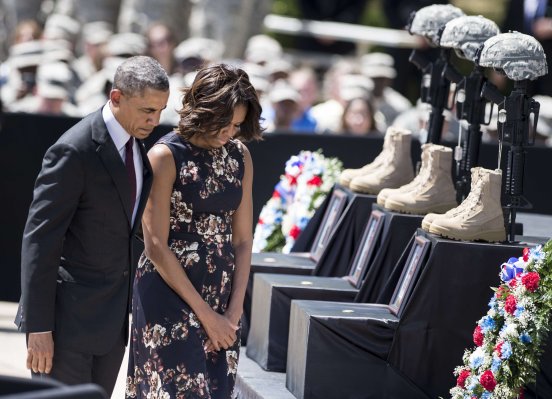 Obama Pledges Help For Troubled Soldiers
Next Up: Editor's Pick