Growing up in both Washington, D.C., and New Orleans, Cokie Roberts–who died on Sept. 17 at 75–developed a love for politics, a wry humor about its lovable rogues and a reverence for its institutions. She was born Mary Martha Corinne Morrison Claiborne Boggs; her last three names connected her to political dynasties that included the first governor of Louisiana, a New Orleans mayor and her father, who was U.S. House majority leader when she was young. “Because I spent time in the Capitol and particularly in the House of Representatives, I became deeply committed to the American system,” she said. “And as close up and as personally as I saw it and saw all of the flaws, I understood all of the glories of it.”

With her bourbon-cured drawl and common-sense insights, she was a voice of reason in political journalism for NPR and ABC. An inspiring historical storyteller, she wrote engaging books chronicling the colorful women who helped shape America. Most important, with her ready laugh and way of saying “darling”–which she learned from her mother, who also served in Congress–she was simply a good person, filled with love for those around her and for the institutions of her country.

Isaacson, a former editor of TIME, was an intern in the office of majority leader Hale Boggs, Roberts’ father 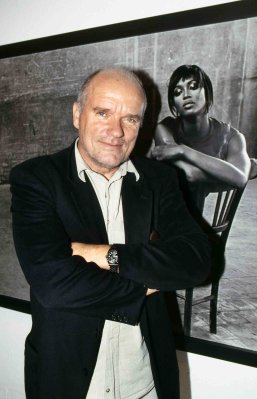 How Peter Lindbergh Helped Change the Meaning of Glamour
Next Up: Editor's Pick