Independent Woman Blue Ivy Does Not Need Beyoncé's Help With Remembering the Lyrics, Thank You Very Much

Beyoncé famously encouraged all the independent women to “throw your hands up at me;” now, it looks like she’s well on her way to raising an independent woman of her own.

In a clip of the upcoming documentary, Making the Gift — which chronicles Beyoncé and her family’s trip to Africa while she made the album, The Lion King: The Gift — Blue Ivy Carter, noted prolific freestyle rapper and the firstborn heir to the Knowles-Carter dynasty, can be spotted refusing her mother’s help with a lyric sheet as sang her vocals for chorus of the song “Brown Skin Girl.”

While Blue Ivy has made appearances on both her mother and father’s albums before, her role as a credited songwriter and vocals on the track helped her make her first appearance as a collaborator on the Billboard Top 100 chart in August.

As might be expected, this special moment for Blue brought joy and delight to the hearts of the Internet, who took to social media to share their admiration for Blue.

Seems to be further confirmation that this is Blue Ivy’s world and we’re all just living in it. 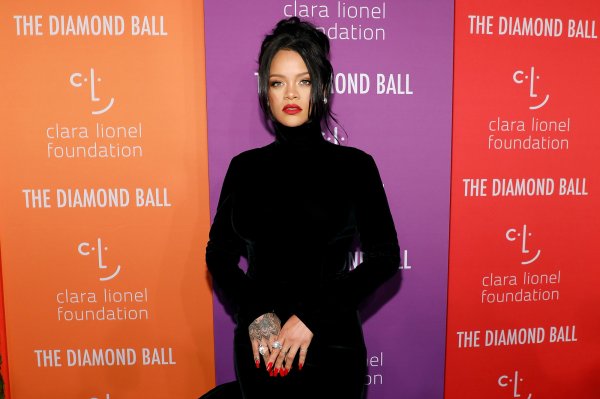 Rihanna Arrived Late and Texted During Broadway Show 'Slave Play.' Here's Why Playwright Jeremy O. Harris Is Defending Her From Critics
Next Up: Editor's Pick