If you’re still wondering why Drogon chose to burn the Iron Throne rather than Jon Snow (Kit Harington) after discovering that Jon had killed Daenerys Targaryen (Emilia Clarke) in the Game of Thrones finale, then the show’s composer, Ramin Djawadi, has some answers for you.

After the final episode of Game of Thrones season 8 aired in May, some fans were confused as to why Drogon didn’t take revenge on Jon for killing his mother after finding Jon standing over her body in the Red Keep throne room. But according to Djawadi, the answer is hidden in the scene’s music.

The Emmy-winning composer tells TIME that the progression of “The Iron Throne,” the song playing in the background of Daenerys’ death scene, contains subtle subtext that explains Drogon’s behavior. He says that the song begins with Jon and Dany’s love theme to illustrate Jon’s heartbreak over making the decision to kill her.

“We see Dany and Jon and what he has just done, and that’s why the piece starts out with the solo violin and their love theme,” Djawadi explains. “It’s very fractured to show that [Jon] really can’t believe what he’s just done. The theme plays and then it stops and it starts again, so he’s slowly settling into what he has done while he’s holding her in his arms.”

Djawadi says that the following section of the song highlights Drogon’s inner turmoil over realizing that his mother is dead. “From there, the music grows and the dragon theme comes in,” he says. “And it’s the dragon, [Daenerys’] baby basically, her child realizing that mommy is dead and then the mixed emotions of sadness and anger at the same time.”

Djawadi tells TIME that Drogon burning the Iron Throne was in fact intended to represent him destroying the thing that had truly brought about Daenerys’ downfall — as well as that of many others along the way. “That’s how that music grows, and Dany’s theme is in there as well. It’s all these themes together and then it even turns into the main title theme when he melts the throne, which is symbolic for [the throne being] what everybody has been fighting for and [how] he has to resolve that she’s dead now.”

To cap things off, Djawadi says that he pulled from one of Daenerys’ earlier themes to bring the moment full circle. “[The song] ends very somber with a section of ‘Breaker of Chains,’ which was from season 4 when she puts the chains on her dragons and that big emotional moment of how hard it was for her to lock them up,” he says. “So it ends with that emotional beat again and with [Drogon] flying away to the solo violins like the piece started to give bookends to it.”

Sounds like Daenerys’ dragons may have been even smarter than you thought. 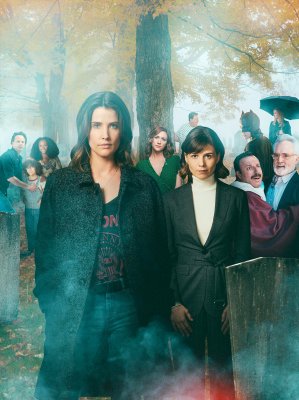 I Watched All 16 New Network Shows. Here’s Why You Shouldn’t
Next Up: Editor's Pick