More than 50 years after the Supreme Court struck down Virginia’s laws against interracial marriage, the state has effectively negated race identification requirements in marriage license applications.

Facing a federal lawsuit over a state law requiring couples to identify their races in marriage applications, Virginia Attorney General Mark Herring has reinterpreted the statute. In a memo forwarded to TIME, Herring clarified to staff that while clerks are still obligated to ask about race, respondents should not be denied marriage licenses for refusing to answer.

Herring’s memo said that, in his conclusion, the state law “does not require a clerk to refuse to issue a marriage license when the applicant declines to identify his or her race, and that clerks should issue a license regardless of an applicant’s answer or non-answer to that inquiry.”

Herring’s office confirmed to TIME that the Virginia State Registrar has sent court clerks new marriage license forms, which now includes the option “Declined to Answer” by the question asking about applicants’ race.

Those changes follow a federal lawsuit filed earlier this month by three couples who allege that a Virginia law requiring marriage applicants to identify their race is unconstitutional.

September’s lawsuit was brought by Virginia civil rights lawyer Victor M. Glasberg, reported the Richmond Times-Dispatch. The suit argued that Virginia’s race question on marriage applications, “reflects a regulatory scheme embodied in the Virginia Racial Integrity Act of 1924, originally called ‘An Act to Preserve the Integrity of the White Race.’ The requirement to identify by ‘race’ uses terms grounded in ignorance and bigotry, not in science.”

“We were happy to help quickly resolve this issue and get these couples what they asked for,” said Herring in a statement to TIME. “These changes will ensure that no Virginian will be forced to label themselves in order to get married. I appreciate the courage these couples showed in raising this issue, and I wish them all the best in their lives together.”

On Saturday, Herring tweeted out an article on the state’s rule change for marriage licenses, writing, “Glad we were able to help resolve this situation quickly.”

That change comes just over half a century after the landmark 1967 Loving v. Virginia decision, in which the Supreme Court struck down the state’s law against interracial marriage and invalidated similar laws in 15 other states.

Herring, a Democrat, was embroiled in a scandal that nearly swamped the party’s state leadership this past February, after he admitted that he had worn blackface while at college. That revelation followed the emergence of a racist photo from Virginia Gov. Ralph Northam’s 1984 medical school yearbook, and sexual assault allegations against lieutenant governor Justin Fairfax. 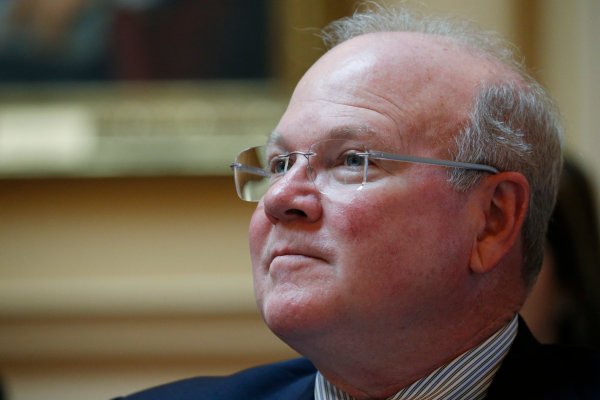