New York City Police arrested a 35-year-old man on Friday on the observation deck of the Empire State Building for wielding a sword and placing it across his chest, a spokesperson for the NYPD tells TIME. The man, whose name has not yet been made public, was behaving erratically — some local news reports also claimed he had threatened other patrons — and ordered to drop the weapon, to which he complied. He was then arrested and taken to a hospital for evaluation.

It is unclear how he was able to get a sword past building security — including a screening that is “similar to airport security,” according to the building’s website. In a statement to TIME a building spokesperson said, “Earlier today there was an incident which was resolved without any interruption of Observatory operations or impact to any guests.” 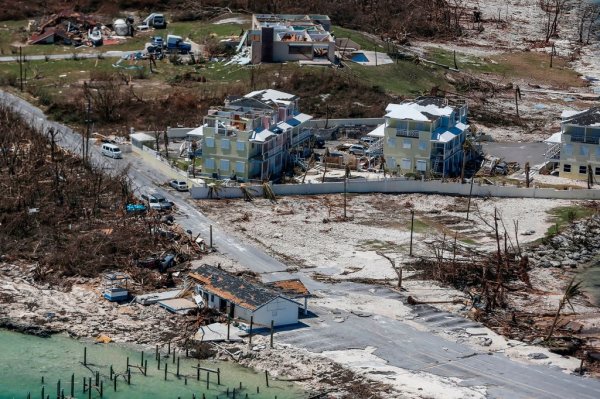 'The Worst Natural Disaster I've Ever Seen.' U.S. Search and Rescue Team Describes Hurricane Dorian's Impact on the Bahamas
Next Up: Editor's Pick