2020 Presidential Candidates Are Making (Some) Progress On Website Accessibility

Andrew Yang may not be polling at the same level as the top tier Democratic presidential candidates, but there’s at least one way in which he is leading the field: his website’s accessibility.

The former entrepreneur and tech executive’s campaign has made significant changes to its website in recent weeks to ensure that more disabled voters can use it, according to a new report published Thursday by the Miami Lighthouse for the Blind and Visually Impaired.

The review is a follow up to Miami Lighthouse’s first report in June, which called out all of the 2020 presidential campaigns for having inaccessible websites. More than two months later, several presidential candidates have worked to improve their websites, but none have yet adopted all the measures that Miami Lighthouse determined they would need to be fully accessible to blind and low-vision voters.

While Warren improved more than some others, her low score in the initial ranking means that she is still not at the top of Miami Lighthouse’s list. The new ranking is topped by Yang, Biden, Booker and then former Housing and Urban Development Secretary Julián Castro.

Several candidates, such as Warren and Booker, have added website accessibility statements, which function as a promise that they are committed to making their sites accessible.

None of the 2020 presidential candidates were out in front on this issue. There are 35 million eligible disabled voters in the U.S. and more than 12 million Americans over age 40 have vision or eye problems, but when Miami Lighthouse conducted its initial review of presidential candidates’ websites, the organization found that blind and low-vision voters would have trouble accessing every one of them.

“That is a little bit exclusionary,” says Virginia Jacko, CEO of Miami Lighthouse. “They are saying, in essence: only people that do not have a vision impairment are allowed to go to the website.”

Website accessibility can encompass a variety of factors depending on a person’s individual needs, but the Miami Lighthouse review focused on assessing whether people who are blind or have low vision can access information on candidates’ websites. The team used a set of 10 criteria for its reviews, looking at elements such as whether websites included alternative text to describe logos and links for people using screen-reading software, whether text could be viewed in high-contrast colors and different sizes and whether navigation elements were clearly organized. They scored each item on a scale of one to four, with one meaning not accessible and four representing fully accessible.

To make their campaign websites accessible to even more voters, candidates could also caption and transcribe any videos they post and ensure that moving images or the website’s design don’t cause issues for people with cognitive impairments.

The ability to engage with candidates’ websites is particularly important for disabled voters because they already face many barriers to political participation. Disability voter turnout has historically lagged behind nondisabled voters, and part of that is because of obstacles like physically inaccessible polling places and voter ID laws, which can present a problem because disabled people are less likely to drive and may not have the right kind of ID. But turnout surged among people with disabilities in 2018, and research has found that if disabled people voted at the same rate as their nondisabled counterparts, there would be 2.35 million more votes.

While politicians have not historically focused on engaging the disability community, that has started to change. Several of the 2020 Democratic presidential contenders have talked about advocating for disability rights and many have made health care central to their campaigns.

Jacko sees making the candidates’ websites fully accessible as an important next step. She said she felt a “groundswell” of support following Miami Lighthouse’s first report in June and wants to give candidates the “benefit of the doubt” but hopes to see more change coming.

During their first assessment, the Miami Lighthouse team examined the websites of all 20 Democratic candidates in the first round of presidential debates plus President Donald Trump and his first Republican challenger former Massachusetts Governor Bill Weld. This time, the review focused on the 10 Democrats who will appear in Thursday night’s Houston debate plus Trump, Weld and former Republican Congressman Joe Walsh, who has also entered the Republican primary.

Five campaigns — Yang, Sanders, Biden, Warren and Booker — got in touch with Miami Lighthouse after the June report, and Jacko said her team has offered advice to all who have asked. Some of the most common changes to candidates’ websites were to allow users to change the font size (similar to how campaign websites have been translated into Spanish), to add alternative text and to better organize the websites’ pages so they can be navigated by screen reading software.

After the changes that were made, Yang’s campaign got a score of 3.56 out of 4.0; Klobuchar’s campaign held the bottom score of 2.10. After Klobuchar, Sanders, Mayor Pete Buttigieg and Warren were still at bottom of the pack.

This shows that while candidates might be talking about disabled people as they discuss hot-button campaign issues, they still have a ways to go when it comes to including them in the conversation.

“These individuals talk about inclusion and they talk about caring,” Jacko said. “There needs to be a significant change in people designing websites.” 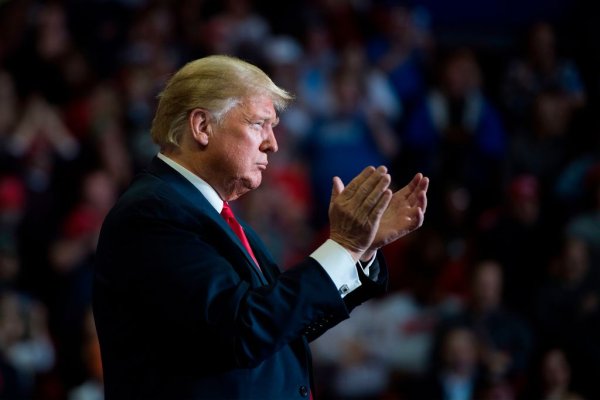 The America That Votes in 2020 Will Look Radically Different Than it Did in 2016
Next Up: Editor's Pick