Shawn Mendes and Camila Cabello aren’t letting people get away with critiquing their smooching skills. At least not without showing off how they “really kiss.”

In a video that has already been watched over 12.3 million times since Mendes posted it on Instagram on Thursday, the pop star couple — who teased fans, including Sophie Turner and Joe Jonas, with an almost-but-not-quite kiss during their first live duet of their song “Señorita” at the 2019 MTV Video Music Awards — explains why they want to set the record straight.

“We saw on Twitter and stuff you guys saying stuff about the way we were kissing, that it looks like weird and that we kiss like fish,” Mendes says in the clip before Cabello adds, “It really hurt our feelings.”

Mendes goes on to say that because of the online bullying, they want to show everyone how they “really kiss.”

The couple then puts on a showy display of PDA that may or may not prove their haters wrong — depending on how seriously you take the video. It certainly got a laugh out of some of their fellow celebrities though. “HAHAHAHAHAHAHAHAHAHHHAHAHAHAH,” Charlie Puth commented before Niall Horan added a series of “crying laughing” emojis.

Watch the video of Shawn and Camila kissing below. 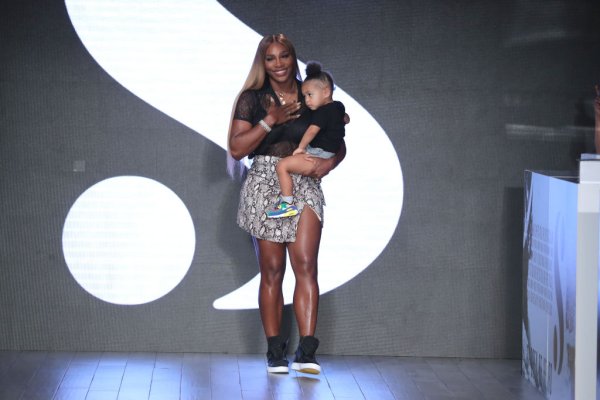 Worlds Collide at the Serena Williams Fashion Show
Next Up: Editor's Pick