If You Want to Know What Love Is, This Zen Squirrel Smelling a Flower Will Show You

The modern world can be so hectic that people occasionally need reminders written on coffee mugs and throw pillows and inspirational Instagram memes to stop and smell the flowers. While those heartfelt, encouraging words to slow down a bit and appreciate one’s life aren’t effective on humans, squirrels seem to have gotten the message.

Last week, a photographer in Vienna, Austria shared an image of a squirrel pausing to smell a flower. In the photo the squirrel is up on its hind legs, its little face pushed up into the yellow daisy with its eyes closed seemingly taking a zen-like moment of peace in its (* ahem *) nutty life. The very relatable photo went viral with people around the world sharing the adorable image.

When Spokane, Wash., news outlet KHQ shared the photo on their Facebook page, friends of a local photographer decided the image looked a little familiar and tagged Tina Penny in the post, asking her to share her own flower-sniffing squirrel photo. Penny obliged and shared her picture of an equally zen-like squirrel sniffing a flower at Glacier National Park.

Hopefully more photos of squirrels stopping to smell the flowers will pop up across the internet and eventually humans will take the hint. 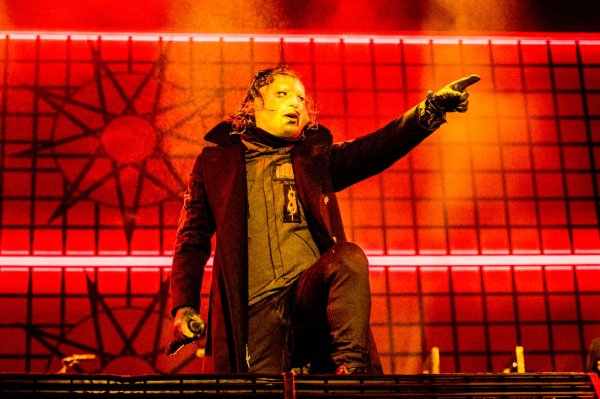 This Elderly Lady at a Slipknot Show Is Giving Fans Joy
Next Up: Editor's Pick