The music of heavy metal band Slipknot is not for the faint of heart. But don’t try telling that to an as-of-yet-unnamed older woman who attended the group’s show on Sept. 6 at New Jersey’s PNC Bank Arts Center. In a now-viral video shared on YouTube, this surprising Slipknot fan was captured enjoying the song “Spit It Out,” clapping right along to the intense tune and smiling raptly at the antics on stage. She seemed unfazed by the singer’s profanity-laced statements to the crowd and to the general crush of people around her. It also looks like she was practicing show safety by wearing a set of earplugs. (Smart!)

Slipknot, which got its start back in 1995, recently released their sixth studio album We Are Not Your Kind in early August. Over the decades, the group has amassed a passionate fan base thanks to their aggressive style and wild live shows. Their subject matter is often dark and unabashedly nihilistic, as is often found in the genre: recent songs feature titles like “Birth of the Cruel,” “Death Because of Death” and “Not Long for This World.” They’re also known for wearing individualized clown-like masks while performing. (As it happens, clowns are very hot right now.)

No word on whether the woman that’s captured the internet’s heart was able to also participate in some moshing and headbanging while enjoying the show, but at least Slipknot fans seem to be supportive of her attendance. 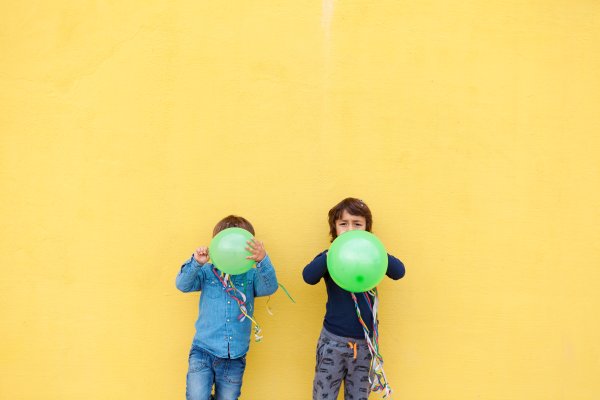 The Entire Internet Is Embracing These Two Toddlers Racing Toward Each Other for a Hug
Next Up: Editor's Pick