Joi Ito, the director of the MIT Media Lab, resigned from his position on Saturday following new allegations that the lab tried to hide the extent of its financial ties to convicted sex offender Jeffrey Epstein.

The new allegations were brought to light in a New Yorker article published Friday, which alleged that the Media Lab “had a deeper fund-raising relationship with Epstein than it has previously acknowledged, and it attempted to conceal the extent of its contacts with him.” The MIT Media Lab is an academic R&D center for technological innovations, describing itself as hosting an “antidisciplinary research community” whose work “examines the deeper implications of where technology creation and adoption has led us—and where we want to go next.”

According to the New Yorker’s reporting, the MIT Media Lab accepted gifts from Epstein despite the fact that MIT had “disqualified” him from donating. Instead, the Media Lab labeled Epstein’s donations as anonymous, according to the New Yorker. The article also alleged that Epstein assisted the Media Lab in courting other donations from the ultra-wealthy, including Microsoft co-founder Bill Gates and investor Leon Black.

The day after the new allegations were published, MIT President L. Rafael Reif released a letter disclosing Ito’s resignation following the, “deeply disturbing allegations about the engagement between individuals at the Media Lab and Jeffrey Epstein.” Reif also said that MIT would be engaging a law firm to conduct an investigation into the article’s allegations.

“As I described in my previous letter, the acceptance of the Epstein gifts involved a mistake of judgment,” Reif wrote. “We are actively assessing how best to improve our policies, processes and procedures to fully reflect MIT’s values and prevent such mistakes in the future. Our internal review process continues, and what we learn from it will inform the path ahead.”

In August, Ito published an apology letter in which he addressed his relationship with Epstein. In that letter, Ito admitted that he had given permission for the Media Lab to accept funds through foundations controlled by Epstein, and he promised to raise an equivalent amount of money that the lab received from Epstein and donate it to nonprofits focused on helping sex-trafficking survivors. 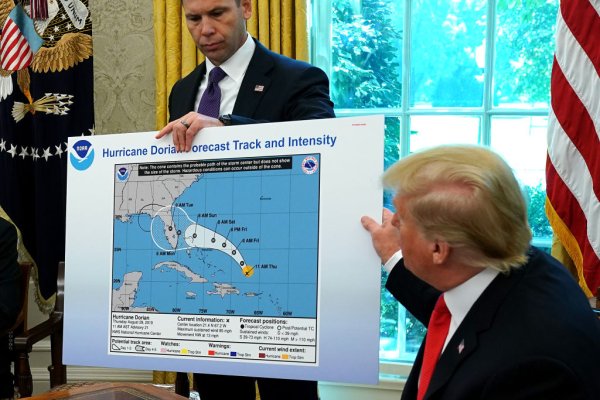 Trump, Dorian and Alabama: A Timeline
Next Up: Editor's Pick