(Bloomberg) — The chairwoman of the Republican Party in Arizona is trying to raise money by saying the GOP is going to stop pro-gun-control Democratic Senate candidate Mark Kelly “dead in his tracks.”

The stark wording from Arizona GOP chairman Kelli Ward was directed at former astronaut Kelly, whose wife, former Representative Gabby Giffords, was shot in the head and severely wounded in a mass shooting in 2011 while meeting with constituents. Six people were killed in the attack and more than a dozen others were wounded.

The email cites Kelly’s statement in a 2015 CNN interview that “where there are more guns, people are less safe.”

“Support the Republican Party of Arizona today and, together, we’ll stop gun-grabber Mark Kelly dead in his tracks,” Ward said.

Ward has closely aligned herself with President Donald Trump and has a history of controversial statements. Kelly is running against Senator Martha McSally next year in one of the most competitive Senate races in the country. McSally was appointed to the seat, long held by the late John McCain, after losing to Democrat Kyrsten Sinema in the 2018 Senate contest. 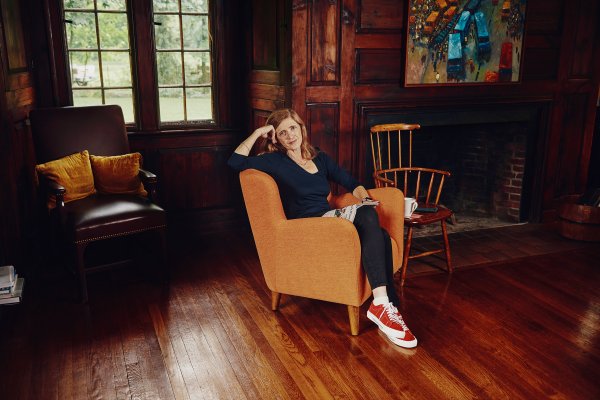 Former U.N. Ambassador Samantha Power Has a Lot of Stories to Tell—and No Problem Talking
Next Up: Editor's Pick