Amid the destruction Hurricane Dorian brought down upon Great Abaco in the Bahamas this week, Brian Symonette lost his shoes. As he’s traveled around the island in Dorian’s aftermath to get supplies and care for his family, he’s been forced to walk over the feces and debris-strewn ground barefoot. His feet are gashed and his toenails are falling off, he says, but the 34-year-old crab fishing business owner knows he’s been relatively lucky.

“I’ve seen seven dead bodies under a [shipping] container… It looks to me like the 40-ft container flew up and crushed all of them at the same time. The storm was so intense that it picked those things up like paper and flew them around,” Symonette says. “You can’t imagine a 40-ft container coming down on you and pinning you down.”

An aerial view of floods and damages from Hurricane Dorian on Great Abaco Island on Sept. 5, 2019.
ADAM DELGIUDICE—AFP/Getty Images

Symonette’s girlfriend, 23-year-old Dayna Hill, says her grandfather was killed by falling debris when he stepped outside during the storm. “He was trying to get out of the house when the house collapsed. First he got pinned in his truck, and once his son was able to get him out of the truck, he was struck by a heavy object that cracked his skull,” Symonette explains.

Hill is four months pregnant and is desperate to get an ultrasound; she and Symonette are afraid that all the stress will harm their unborn child.

Abaco, the chain of islands the couple calls home, is a community of about 17,000 people best known for its boat-building and tourism. But since the Category 5 storm smashed through the islands on Sunday, it seems like they are in the midst of an “apocalypse,” Symonette tells TIME.

The 185 mph winds and rapid flooding have destroyed houses, drowned people and animals and, in the aftermath, left residents looting stores in desperation. Symonette says that the island has endured many hurricanes, but nothing like this in his lifetime.

The Bahamian government has announced that 43 people have been confirmed dead, but Hill and Symonette agree with the Prime Minister’s warning that there could be more. CNN has reported that hundreds of people are still missing, and the government has brought in “more body bags and coolers.”

Symonette says that the island is running out of food, water and fuel and that even people whose houses survived the storm will soon have to leave. Many people do not have access to adequate food or water, and limited sanitation is operating on the island. The storm also left behind pools of water in the remains of destroyed buildings, creating nurseries for mosquitos throughout the island.

“Everybody kind of lost their minds,” Symonette says. “The tune of everyone is, ‘I want to wake up from this nightmare.’”

“All the banks are gone, all the grocery stores are gone. I haven’t spent money in six days. It’s just been trade — ‘O.K., you have gas, I have a truck. You have food, I have somewhere to stay,'” Symonette says. “The evacuation planes are charging $200 a person. A lot of people left their houses with just clothes on. With the Bahamian government, there’s a lot of frustration now, because people are saying we don’t have anything [and] we need to be evacuated.”

Symonette has also seen people walking around carrying firearms and breaking into stores. The local gas station and two hardware stores — which sold guns — have been looted, he says.

Although many people are trying desperately to leave the islands, others are determined to stay, Symonette says. The storm decimated a settlement of makeshift shelters built by Great Abaco’s longtime Haitian community. As some of the Haitians are not documented immigrants, they have begun to take shelter inside abandoned houses.

“If they go to Nassau, [they think] they’re going to be put in a detention center because a lot of them don’t have papers,” Symonette says. (The Bahamas apprehended or helped to apprehend 1,172 Haitians in 2018, according to the Royal Bahamas Defense Force.)

Symonette is planning to travel to Nassau in a small fishing boat on Saturday, now that he knows his loved ones are safe. He’s put each on a plane off the island, one at at time — his grandmother to her house in Nassau on Wednesday, his father on Thursday, and his girlfriend on Friday.

Before leaving, Hill told TIME that the islanders are in desperate need of help.

“It’s just mayhem,” Hill says. “It looks like what you would see in horror movies.”

Hill and Symonette agree that they weren’t sure they would make it through the storm at all. As the hurricane passed on Sunday, the walls of the house in which they’d hunkered down began to flex, the roof collapsed, and the ground floor was flooded with waist-deep water, Symonette says. As Hill began to cry, Symonette says that he thought about taking her and making a run for it, but he’s now glad he stayed — several of the friends’ houses he had considered fleeing to were destroyed.

Prior to the storm, the Bahamas Prime Minister had issued an evacuation order for much of the northern and central portion of the Abaco islands. But for many islanders, as Symonette calls them, enduring hurricanes was part of life. “Just like every other storm, Bahamians made soup. We were planning to watch a movie, go to sleep,” Symonette recalls. But Dorian had other plans.

“We really thought we were going to die in the house,” says Hill. 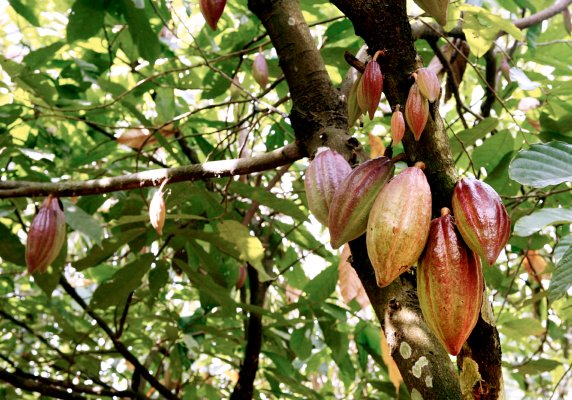