Baylor University’s active shooter training includes a video that depicts a gunman preparing his weapon, storming the campus and shooting at students as they flee.

The intense video is a part of Baylor University’s “Sic ’em for Safety” safety awareness campaign that aims to make students, faculty and staff aware of procedures related to their personal safety, according to a statement from the university. A warning appears before the video starts to alert viewers to its “intense” nature.

In the video, a gunman is shown in his car, loading a rifle as students go about their activities in the background. He walks on to campus, pulls out the gun and fires at a female student sitting outside and talking on the phone to her mother.

The shooter then makes his way through a university science building, continuing to shoot, and students and instructors react, following the training’s guidelines. They exit the building at the first opportunity, barricade doors to classrooms and prepare to defend themselves. The video is intermixed with asides to the camera from students and instructors who give lessons on how to react during a shooting. Police arrive on scene and an officer quickly explains their strategy to the camera. They then take the shooter down and evacuate barricaded students.

“We understand the subject matter of the video is sensitive, and our goal is to ensure that students, faculty and staff are educated, prepared and confident in their response should a violent attack occur here or any place they find themselves,” said Mark Childers, associate vice president of public safety and security at Baylor, in a statement.

The video prompted some criticism online of Baylor’s approach.

On Reddit, one user said the video was a “great teaching tool,” but, “I am also really unnerved by the dramatized cinematic action. I know it’s supposed to feel ‘real’ and get you thinking, though.” 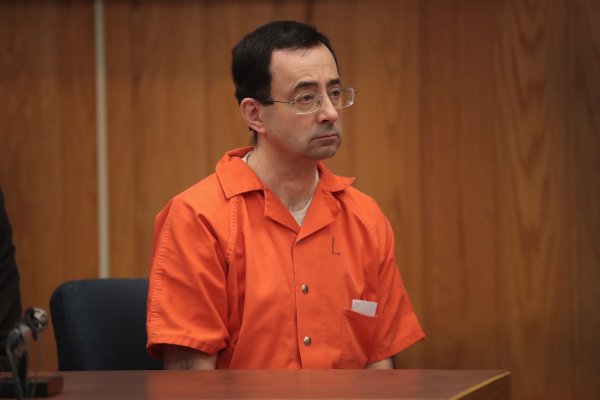 Michigan State Gets $4.5 Million Fine Over Nassar Abuse
Next Up: Editor's Pick