Justice Neil Gorsuch: Why Originalism Is the Best Approach to the Constitution

The Preamble to the US Constitution
Joe Sohm/Visions of America/Universal Images Group/Getty
Ideas
By Neil M. Gorsuch
Gorsuch is an associate justice of the Supreme Court of the United States. A Colorado native, he served as a judge on the U.S. Court of Appeals for the Tenth Circuit, which is based in Colorado and hears appeals from six western states, before his appointment to the Supreme Court in April 2017. He has also worked as a senior official at the U.S. Department of Justice, where he helped oversee its civil litigating divisions; as a partner at a law firm; as a law professor; and as a law clerk for Justices Byron White and Anthony Kennedy.

Originalism teaches only that the Constitution’s original meaning is fixed; meanwhile, of course, new applications of that meaning will arise with new developments and new technologies. Consider a few examples. As originally understood, the term “cruel” in the Eighth Amendment’s Cruel and Unusual Punishments Clause referred (at least) to methods of execution deliberately designed to inflict pain. That never changes. But that meaning doesn’t just encompass those particular forms of torture known at the founding. It also applies to deliberate efforts to inflict a slow and painful death by laser. Take another example. As originally understood, the First Amendment protected speech. That guarantee doesn’t just apply to speech on street corners or in newspapers; it applies equally to speech on the Internet. Or consider the Fourth Amendment. As originally understood, it usually required the government to get a warrant to search a home. And that meaning applies equally whether the government seeks to conduct a search the old-fashioned way by rummaging through the place or in a more modern way by using a thermal imaging device to see inside. Whether it’s the Constitution’s prohibition on torture, its protection of speech, or its restrictions on searches, the meaning remains constant even as new applications arise.

Living constitutionalists often complain we can’t know the original understanding because the document’s too old and cryptic. Hardly. We figure out the original meaning of old and difficult texts all the time. Just ask any English professor who teaches Shakespeare or Beowulf.

I suspect the real complaint of living constitutionalists isn’t with old laws generally so much as it is with the particular terms of this old law. The Constitution is short—only about 7,500 words, including all its amendments. It doesn’t dictate much about the burning social and political questions they care about. Instead, it leaves the resolution of those matters to elections and votes and the amendment process. And it seems this is the real problem for the critics. For when it comes to the social and political questions of the day they care most about, many living constitutionalists would prefer to have philosopher-king judges swoop down from their marble palace to ordain answers rather than allow the people and their representatives to discuss, debate, and resolve them. You could even say the real complaint here is with our democracy.

Suppose originalism does lead to a result you happen to dislike in this or that case. So what? The “judicial Power” of Article III of the Constitution isn’t a promise of all good things. Letting dangerous and obviously guilty criminals who have gravely injured their victims go free just because an officer forgot to secure a warrant or because the prosecutor neglected to bring a witness to trial for confrontation seems like a bad idea to plenty of people. But do you really want judges to revise the Constitution to avoid those “bad” results? Or do you believe that judges should enforce the law’s protections equally for everyone, regardless of how inefficient or unpopular or old the law might be? Regardless of who benefits today—the criminal or the police; the business or the employee; immigrants or ICE?

Of course, some suggest that originalism leads to bad results because the results inevitably happen to be politically conservative results. Rubbish. Originalism is a theory focused on process, not on substance. It is not “Conservative” with a big C focused on politics. It is conservative in the small c sense that it seeks to conserve the meaning of the Constitution as it was written. The fact is, a good originalist judge will not hesitate to preserve, protect, and defend the Constitution’s original meaning, regardless of contemporary political consequences. Whether that means allowing protesters to burn the American flag (the First Amendment); prohibiting the government from slapping a GPS tracking device on the underside of your car without a warrant (the Fourth Amendment); or insisting that juries—not judges—should decide the facts that increase the penalty you face in a criminal case (the Sixth Amendment). In my own judicial career, I’ve written many originalist rulings with so-called “liberal” results. Like United States v. Carloss, where I ruled that the police violated a criminal defendant’s Fourth Amendment rights by entering the curtilage of his home without a warrant despite four conspicuously posted no trespassing signs. Or Sessions v. Dimaya, where I ruled that an immigrant couldn’t constitutionally be punished according to a law so vague that judges were forced to give it content by fiat. Or Carpenter v. United States, where I explained that simply giving your property to another doesn’t necessarily mean you lose all your Fourth Amendment rights in it. I could go on and on. So could any originalist judge.

Besides, if we’re going to measure an interpretive theory by its results, consider this. Virtually the entire anticanon of constitutional law we look back upon today with regret came about when judges chose to follow their own impulses rather than follow the Constitution’s original meaning. Look, for example, at Dred Scott and Korematsu. Neither can be defended as correct in light of the Constitution’s original meaning; each depended on serious judicial invention by judges who misguidedly thought they were providing a “good” answer to a pressing social problem of the day. A majority in Korematsu, unmoored from originalist principles, upheld the executive internment without trial of American citizens of Japanese descent despite our Constitution’s express guarantees of due process and equal protection of the laws. A majority in Dred Scott, also disregarding originalist principles, held that Congress had no power to outlaw slavery in the Territories, even though the Constitution clearly gave Congress the power to make laws governing the Territories. In both cases, judges sought to pursue policy ends they thought vital. Theirs was a living and evolving Constitution. And often enough it may be tempting for a judge to do what he thinks best for society in the moment, to bend the law a little to an end he desires, to trade just a bit of judicial integrity for political expediency. After all, passing majorities will applaud judicial efforts to follow their wishes. But as Korematsu and Dred Scott illustrate, the pursuit of political ends through judicial means will often and ironically bring about a far worse result than anticipated—a sort of constitutional karma. 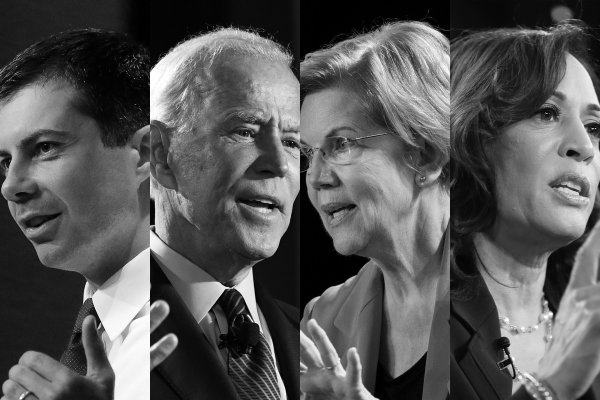 Here's Who Qualified for the September Debate
Next Up: Editor's Pick