The U.S. Education Department on Thursday announced a record $4.5 million fine against Michigan State University, citing a “systemic failure to protect students from sexual abuse” by Larry Nassar, the former USA Gymnastics team doctor who was also a sports physician at the university.

The announcement marks the conclusion of two Education Department investigations that explored the university’s handling of reports of sexual violence and its compliance with the Clery Act, a 1990 federal law that requires colleges to report campus crimes, including sexual assault.

Education Secretary Betsy DeVos—who described the $4.5 million fine as the “largest Clery Act fine ever”—said the university failed to effectively respond to reports of sexual misconduct, which were raised as early as 1997. In 2014, Michigan State cleared Nassar of wrongdoing after an alumna accused him of assaulting her during a medical examination. Nassar continued to work at the university until 2016, when he was fired following public accusations of sexual abuse reported by the Indianapolis Star.

Under the agreements with the Education Department, Michigan State will now be required to revamp its process for handling reports of sexual abuse.

“What happened at Michigan State University was abhorrent,” DeVos said during a press call on Thursday. “The crimes for which Larry Nassar and William Strampel have been convicted are disgusting and unimaginable. So, too, were the university’s response to their crimes. This must not happen again, there or anywhere else.”

Nassar was convicted of possession of child pornography and criminal sexual conduct, accused of sexually abusing dozens of girls under the guise of medical treatment over more than 20 years. The 56-year-old is now serving what amounts to a life sentence in prison.

Strampel, who oversaw Nassar as dean of Michigan State’s College of Osteopathic Medicine, was found guilty of willful neglect and criminal misconduct. He was sentenced to one year in prison in August.

“Michigan State University did not adequately respond to complaints against Dr. Nassar and Dean Strampel and thereby subjected students to a sexually hostile environment that denied them access to—and the ability to benefit from—their education,” DeVos said Thursday. “Too many people in power knew about the behaviors and the complaints, and yet the predators continued on the payroll and abused even more students. The university repeatedly failed to take appropriate and prompt action to protect its students.”

The fine and the agreement reached with the Education Department are the latest fallout from the Nassar scandal. The university paid a $500 million settlement to hundreds of Nassar’s victims, and multiple university leaders have resigned, including former President Lou Anna Simon, Interim President John Engler, and on Thursday, Provost June Youatt. In announcing Youatt’s resignation, current Michigan State President Samuel Stanley Jr. said the findings make “very clear that the provost and former president failed to take appropriate action” in response to reports of inappropriate behavior by Nassar.

“The agreements with U.S. Department of Education further remind us that we failed survivors and our community,” Stanley said. “While we have made some improvements, it’s by no means sufficient or the end of the road. I know the magnitude of our responsibility and am determined MSU will act thoughtfully with our focus on survivors and the safety of our community.” 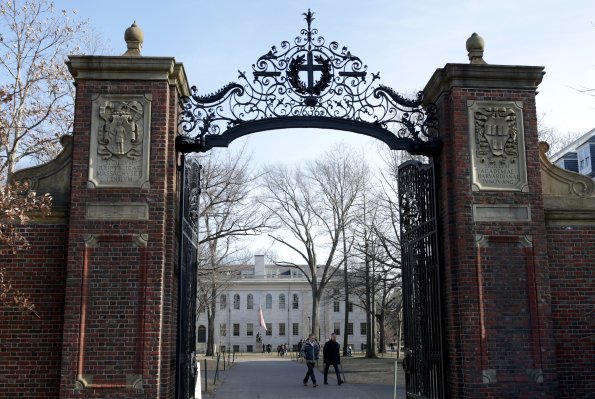 Harvard Student Says He Was Denied Entry to the U.S. Over His Friends' Political Opinions on Social Media
Next Up: Editor's Pick