(Bloomberg) — Facebook Inc.’s new dating feature has led to at least one important match: The marriage of users’ Facebook and Instagram profiles for the first time.

The social giant announced Thursday that it is launching its nascent dating service in the U.S.—a feature that’s been tested in 19 other countries since it was unveiled in May 2018.

Facebook daters can also use their Instagram followers for a feature called “Secret Crush,” which could match them with another Facebook Dating user from their Instagram network. Users can’t be matched with one of their Facebook friends simply by listing them as a “secret crush”— an effort to avoid embarrassing or awkward connections. They can, however, match with a friend if both people add each other. The secret crush list had been limited to a user’s Facebook friends, but has been expanded to include Instagram contacts as well.

While the two services have always shared resources and data behind the scenes, including information gathered for targeted advertising, Facebook and Instagram have historically operated independently. Those lines began to blur in early 2018 as Facebook executives demanded Instagram help spur growth through product changes that would drive more users to Facebook’s core app from Instagram. Facebook pushed Instagram to find more ways to link users back to their Facebook profile, for example, while simultaneously scaling back its effort to increase Instagram usage from within the Facebook app.

Instagram co-founders Kevin Systrom and Mike Krieger ultimately left Facebook last year after clashing with Chief Executive Officer Mark Zuckerberg over Instagram’s autonomy. Since then, multiple Instagram teams have been restructured to report to Facebook, employees have been given Facebook email addresses to replace their Instagram ones and Facebook is working behind the scenes to connect the two apps’ messaging services.

Despite the changes, Instagram’s product has always felt independent from Facebook’s core app. It’s not uncommon for users to be unaware that Facebook owns and operates Instagram, too. Facebook dating will likely be a small feature within the broader Facebook service, but the symbolism of combining the products on the consumer level is notable, especially given the other changes happening at Facebook behind the scenes.

Facebook launched dating in May 2018—shortly after the Cambridge Analytica privacy scandal—with the idea that the social network’s mission to bring people closer together should include romantic relationships. The company declined to say how many people use the feature, but has expanded it to 20 countries, including Brazil, Mexico and Vietnam, in the past 16 months. The service is free.

Facebook’s efforts could become significant competition for Match Group Inc., which owns the currently most-popular dating site, Tinder. With its new service, Facebook could potentially leverage its extensive web of connections among people and data on relationships as well as its massive financial resources to compete with rivals.

Match shares tumbled as much as 7% Thursday after Facebook’s announcement. They are still up 91% this year. Such gains prompted an ill-timed upgrade from SunTrust Robinson Humphrey, which wrote in a note published earlier in the day that Match was seeing “sustained momentum’’ in the third quarter, and that it has “further room to grow.” Facebook shares gained 2%.

Sharp says Facebook has put a lot of thought into the dating feature and its privacy implications—an effort Facebook wants to highlight given the company’s repeated privacy missteps. Data from a user’s dating profile, for example, won’t be used for targeted advertising, Sharp said. If you use Facebook dating, your Facebook friends won’t be alerted or matched with you, he added. (Unless you are matched with your “secret crush.”) 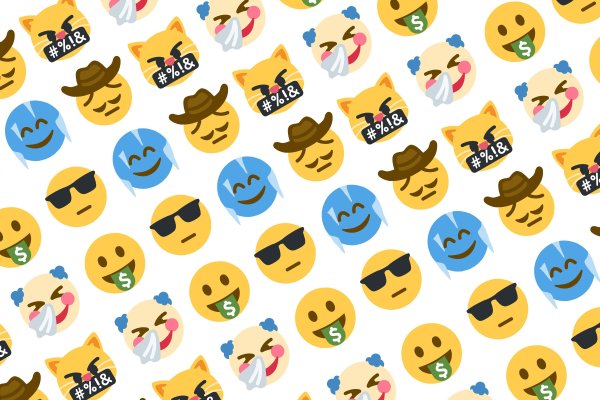 The Emoji Mashup Bot Is Creating Fun, Weird, and Useful New Emoji. Meet the 18-Year-Old Developer Behind It
Next Up: Editor's Pick