“Emily Doe‘s” victim impact statement became a national rallying cry just months after she delivered it at the sentencing hearing for Brock Turner, the Stanford University student convicted of sexually assaulting her outside a frat party while she was intoxicated and unconscious in January 2015.

Now, “Doe” has gone a step further, and publicly revealed her name for the first time: Chanel Miller.

Miller, who remained anonymous until Wednesday, read the entire statement aloud to Turner in court in March 2016, and went viral three months later after it was released in its entirety on BuzzFeed. Now, Miller is releasing a memoir, Know My Name, later this month and took part in a 60 Minutes interview airing Sept. 22 as a way to share her story with a wider audience that was shocked by Turner’s light sentence.

“You don’t know me, but you’ve been inside me, and that’s why we’re here today,” the statement reads in part. Miller later recorded the entire statement as part of her 60 Minutes appearance.

Turner was sentenced to just six months in county jail for the assault, although the crime carried a maximum of 14 years in prison. Turner went on to serve only three months behind bars.

The judge in the case, Aaron Persky, was later recalled after immense criticism for his light sentence. The 7,000-word statement was also read aloud on CNN and by members of Congress on the House floor to enter it into the national record.

Miller’s statement, published before the start of the #MeToo movement, brought national attention to the treatment of rape victims. After the case, California passed a law requiring minimum sentences in sexual assault cases.

“Emily Doe’s experience illuminates a culture built to protect perpetrators and a criminal justice system designed to fail the most vulnerable,” wrote Viking Books Editor-in-Chief, Andrea Schultz, said in a June statement, when the book’s publishing was first announced. “The book will introduce readers to the writer whose words have already changed their world and move them with its accounting of her courage and resilience.” 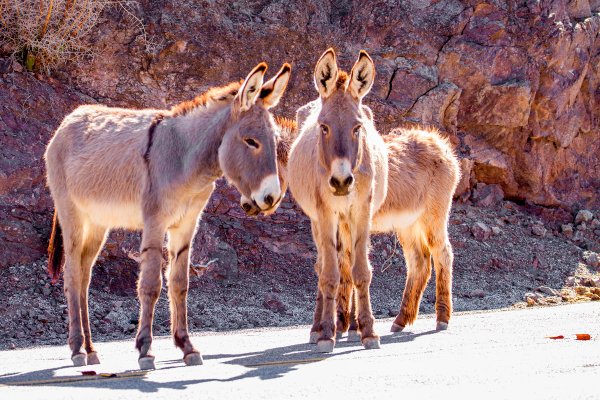 Someone Has Killed More Than 40 Wild Burros in a California Desert. There's a $10,000 Reward for the Gunman
Next Up: Editor's Pick