'I Was a Religious Zealot That Hurt People.' After Coming Out as Gay, a Former Conversion Therapy Leader Is Apologizing to the LGBTQ Community

A founder and former leader of a South Carolina faith-based conversion therapy program has come out as gay.

Game has disavowed the program’s practices since coming out publicly (though a biography still listed for him on Hope for Wholeness’s website claims he had “lived as a gay man for three years” before founding his ministry.)

“Conversion therapy is not just a lie, but it’s very harmful,” he told The Post and Courier. “Because it’s false advertising.”

Over the course of his career with Hope for Wholeness, Game was open about experiencing attraction to other men and wrote about his struggle with watching gay pornography. He was fired in November 2017, and said in a Facebook Live video posted on Tuesday that he believed his use of pornography led to being let go from the program.

“I was devastated to say the least, and humiliated. I really did not want to come out about that publicly at the time,” he said.

Game is now trying to apologize for his work in suppressing other people’s identities. His coming out follows similar declarations from other former conversion therapy leaders. Earlier this year, David Matheson, a well-known former Mormon conversion therapist, said he was gay.

On Facebook, Game has written several posts about his experiences since coming out and expressed sorrow for the harm he’d caused to others. “I know that creating creating the organization that still lives was in a large way causing harm,” Game wrote in a post in September.

Later, he told the The Post and Courier: “I was a religious zealot that hurt people. People said they attempted suicide over me and the things I said to them. People, I know, are in therapy because of me. Why would I want that to continue?”

Hope for Wholeness did not immediately respond to TIME’s request for comment. 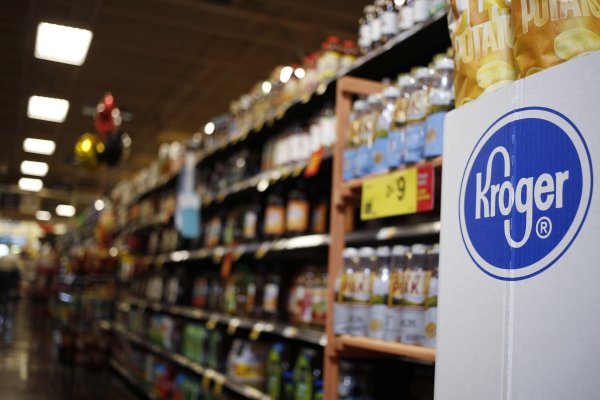 Kroger Joins Walmart in Asking Customers to Stop Openly Carrying Guns in Stores After Mass Shootings
Next Up: Editor's Pick