Aerial images from the Bahamas have revealed catastrophic damage in the wake of Hurricane Dorian.

The storm reached the island nation as a category 5 hurricane on Sunday and then slowly moved westward, ripping off roofs, flooding houses and leaving at least seven people dead. Prime Minister Hubert Minnis has described the hurricane as a “historic tragedy” for the northern Bahamas that has damaged or destroyed homes, businesses and infrastructure.

On Tuesday, the Prime Minister visited the island of Abaco and surveyed the damage from a plane.

“We are in the midst of one the greatest crises in our nation’s history,” Minnis said.

Lia Head-Rigby, who runs a hurricane-relief organization and flew over Abaco, told the Associated Press that she saw “total devastation.”

“It’s decimated. Apocalyptic,” Head-Rigby said. “It’s not rebuilding something that was there; we have to start again.” She also said that her representative on the island had warned her that there are “a lot more” people dead.

In this handout aerial photo provided by the Head Knowles Foundation, damage is seen from Hurricane Dorian on Abaco Island on September 3, 2019 in the Bahamas.
Handout—Getty Images

Early estimates suggest that in the wake of the storm, Abaco will need food for 14,500 people and Grand Bahama island will require food for 45,700 people, Herve Verhoosel, a spokesperson for the U.N. World Food Program, said on Twitter.

On Monday, Minnis promised to “provide relief and assistance as soon as possible” to Bahamians in need of help. He also asked Bahamians who were not impacted by the storm to be willing to take in people in need.

“This is the time for us as Bahamians to show our love, our care and our compassion for our fellow brothers and sisters,” Minnis said.

The United States Coast Guard has been deployed to provide assistance on Abaco and has been working to rescue civilians, Minnis has said. The Guard has rescued at least 21 injured people on Abaco, the Associated Press reported.

The storm is continuing westward toward the coast of Florida on Tuesday, according to the National Weather Service. It’s expected to bring “life-threatening” storm surge and strong winds to the eastern coast of Florida, as well as the coasts of Georgia and the Carolinas. 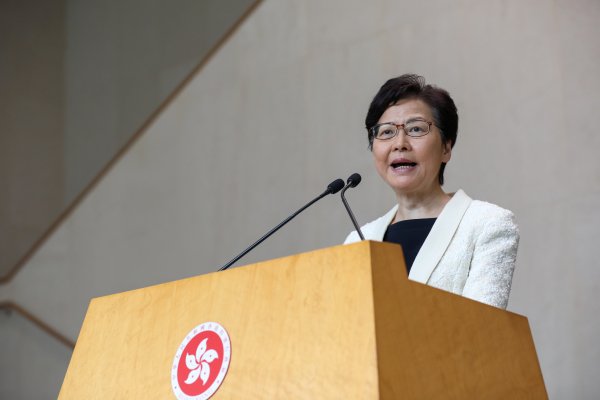