People in Taipei display placards during a demonstration in support of the continuing protests in Hong Kong on June 16, 2019.
Sam Yeh—AFP/Getty Images
By ADELA LIN / BLOOMBERG

The Taipei-based Mainland Affairs Council said in a statement Sunday that unrest in the former British colony stemmed from the Communist Party’s refusal to consider protesters’ democratic demands. The agency was responding to comments by a top mainland representative on Taiwan affairs accusing the island’s leadership of using the crisis to attack Hong Kong’s “one country, two systems” model.

“You can’t solve problems by talking nonsense,” the council said. “The CCP should boldly face up to its mistakes, carry out political reform, put in place democracy and respect human rights. Only then can they ease China’s internal and external contradictions.”

Although China and Taiwan have been governed separately for 70 years, the Communist Party maintains unification as its ultimate goal and Chinese President Xi Jinping earlier this year reaffirmed “one country, two systems” as his preferred framework. Taiwanese President Tsai Ing-wen, whose Democratic Progressive Party supports independence, has stepped up her criticism of Beijing as the Hong Kong protests fuel new skepticism about unification.

Tsai’s critiques have led Chinese officials to list Taiwan, along with the U.S. and the U.K., among the “black hands” it says are behind almost three months of historic protests. On Saturday, Sun Yafu, vice president of the Association for Relations Across the Taiwan Strait accused Tsai of taking advantage of the unrest to undercut the idea of Hong Kong-style autonomy for the island.

“The DPP instigated and supported riots in Hong Kong and then used the chaos in Hong Kong to attack ‘one country, two systems,’” Sun told a gathering in Meishuan city, Sichuan, according to China Review News. “Instead of picking up a gun or cannon, Tsai is actually making these weapons to attack at the mainland.”

Tsai has angered Beijing by refusing to accept her predecessor’s negotiating framework that both sides belong to “one China.” Still, even Taiwan’s China-friendly opposition has rejected the “one country, two systems” approach, which was originally devised for bringing the island back under Beijing’s umbrella.

“The government is concerned about Hong Kong’s freedom and democracy, but won’t interfere in Hong Kong affairs,” the Mainland Affairs Council said, adding that Taiwan “would never accept Beijing’s ‘one country, two systems’ and would never bow to threat of a hegemony.” 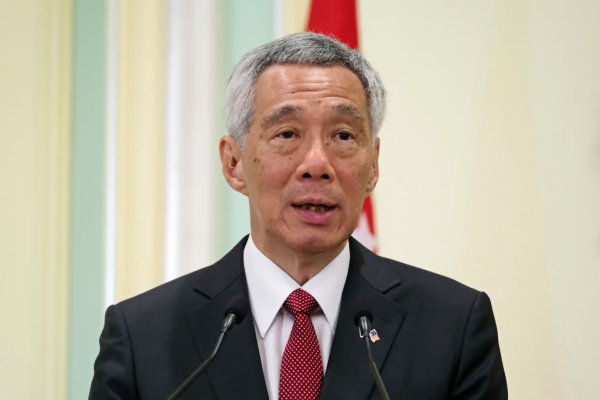