Two former New York police detectives were sentenced to 5 years of probation on Thursday after pleading guilty to receiving bribes and official misconduct for having sex with an 18-year-old woman who was in their custody at the time.

“These defendants engaged in a shocking abuse of power which they finally acknowledged,” Brooklyn District Attorney Eric Gonzalez said in a public statement. “While I would have preferred to see them serve prison time, they are no longer members of our police department and with today’s plea are convicted felons. As a result of this disturbing incident, New York passed a law to prohibit police officers from having sex with people in their custody.”

According to the District Attorney’s office, the incident took place on Sept. 15, 2017, while then-plainclothes officers Hall and Martins were on duty in Brooklyn. They stopped a car around 8 p.m. and arrested the driver, an 18-year-old woman who admitted to having marijuana and two Klonopin pills. Once in their police van, the two detectives then both engaged in sexual acts with the teen and then released her, giving her back the pills. They did not report the incident — and had no authority to rescind the arrest or release her, according to the District Attorney’s office.

The woman later went a hospital and DNA samples on her matched the two men. They were originally arraigned on 50 rape charges and faced 25 years in prison. The top level charges were later dropped, however, after “serious credibility issues,” according to Brooklyn District Attorney Eric Gonzalez in the Thursday statement.

Though never disputing that sexual activity had taken place, the officers and their attorneys said it was “consensual.” Defense attorneys argued the victim’s story was inconsistent, and used cell phone records and other evidence to weaken her story, according to the New York Times. Brooklyn Supreme Court Justice Danny Chun on Thursday told the court that “the credibility of the victim, or the complainant, in this case was seriously, seriously questionable, at best,” which led to the men accepting a plea deal on lesser charges.

The men both resigned from NYPD in November 2017. 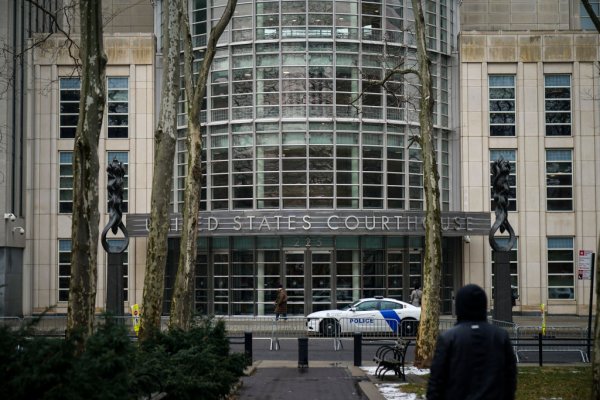 19-year-old Queens Man Arrested for Intending to Commit an Attack on Behalf of ISIS
Next Up: Editor's Pick