Cory Booker: A Waitress I Knew Made $2.13 an Hour. I Wish She Lived to Get a Fair Shake in This Economy

Nearly half of all workers in America make less than $15 an hour.
Sasha Arutyunova for TIME
Ideas
By Cory Booker
Cory Booker is a United States Senator representing New Jersey

In late July, on a quiet, tree-lined block in the central ward of Newark, dozens of people gathered at Perry’s Funeral Home to celebrate the life and spirit of an indomitable woman who has forever shaped my views on the meaning of work in this country. Every Labor Day I’m reminded of her, but on this Labor Day in particular, given Natasha’s sudden and tragic passing in July, her story is especially at the forefront of my thoughts. Her struggles are a painful reminder of the broken bargain between America and its workers.

I first met Natasha Laurel — or Mama Tasha as she was known at the IHOP where she worked as as server — on Election Day in 2014 at the IHOP she worked at on Bergen Street in downtown Newark. It’s where I had decided to have my last non-vegan meal. Over the course of the many laps she took between the kitchen and my booth I learned that she was 32 years old and a single mother of three boys; that she lived in Newark’s West Ward in a public housing complex; that her “dream” job was to be a counselor.

Natasha illustrates, as James Baldwin so eloquently put it, how extremely expensive it is to be poor. She earned only $2.13 an hour plus tips, which made her vulnerable to the capricious generosity of fickle customers — many of whom were struggling themselves — and unpredictable work shifts. Unable to make ends meet with her meager wages, she relied on public assistance programs like food stamps and subsidized housing. Any unexpected expense, like a flat tire or traffic ticket, would plunge her dangerously over the cliff.

Natasha’s story is all too familiar for the modern American worker, who is working harder and harder each day but finding themselves inevitably at the end of their money before the end of the month.

The President likes to tweet about stock prices and the Dow, but what you won’t see him tweeting about is how wages are stuck. How — while corporate profits are basking in the glow of an 85-year high, hourly wages have been stagnant for 45 years. How nearly one in four Americans don’t have the savings to cover an unexpected $400 emergency expense. How more than four out of 10 federal workers make less than $15 an hour (though, in the absence of federal action, some states, like New Jersey, have thankfully stepped in to boost their minimum wage to a livable standard). How black Americans are making less today than they were in 2000.

There’s indeed a better way — and it doesn’t involve weakening unions, petulant bullying of the Federal Reserve, or a $2 trillion tax cut for the top 1%. Instead, it requires swinging the pendulum of economic power back toward the workers of this country — the ones actually driving profits — and away from corporations and moneyed interests. We must combat corporate power with worker power.

This can be tackled in many forms. For starters, we must make it easier, not harder, for workers to join a union. The right to organize is a bedrock principle of workers’ rights and our laws should reflect that. Employers shouldn’t be able to interfere as easily as they currently do when their workers try to join together to bargain for better wages and working conditions. If they do, there should be strong — and swift — penalties.

Secondly, we must reinvigorate our tepid antitrust agencies. Congress has strong antitrust laws on the books dating back to the 1890s. They’re meant to ensure competition for the benefit of both consumers and workers, but at some point over the last three decades, the agencies responsible for enforcing those laws have completely forgotten about the part of their mandate that applies to labor. In an analysis of several decades of cases, my office was unable to identify a single instance in which the Justice Department or the Federal Trade Commission has challenged a proposed merger or acquisition due to labor market concerns.

Along these same lines, we need to restrict anti-competitive practices like non-compete agreements and no poach clauses that limit worker mobility and keep wages down. No poach agreements are often forged between large corporate franchisors, like IHOP, and their franchisees, usually unbeknown to the worker. Such covenants prohibit the franchisees from recruiting and hiring away one another’s workers. This means, for example, that none of the thousands of IHOP franchises may hire an individual who is currently employed — or was recently employed — by any other IHOP franchisee. So, if Natasha wanted to get a raise by becoming a shift manager at the IHOP further south in Elizabeth, it would be impossible. The Elizabeth IHOP would have been prohibited from hiring her. IHOP thankfully ended this collusive practice last year amid public outcry, but dozens of other companies still have such anticompetitive and exploitative agreements on the books.

For workers like Natasha, these agreements mean that an already limited range of options narrows further. These clauses should be banned.

Lastly, we need mitigate the dangerous culture of “short-termism” that pervades corporate boardrooms and C-suites, as companies prioritize short-run returns to wealthy investors and executives over long-term investments in workers, like higher wages and expanded training. Indicative of this trend is the massive wave of stock buybacks, in which companies purchase their own stock shares in order to reduce supply in the market and drive up their price. According to the economist William Lazonick, between 2007 and 2016, companies on the S&P 500 dedicated 96% of their earnings to stock buybacks and corporate dividends. That left just 4% for investments in the workforce, like raises for workers. We need to crack down on the proliferation of these buybacks, or, at the very least, ensure that if a corporation buys back stock to increase shareholder value, it must also pay out a commensurate sum to all of its employees who help drive the profits — the “workers dividend.”

There is no reason that a country as rich and as powerful as ours should have to choose between great wealth for the few, like corporate CEOs, and great opportunity for all of its citizens, like Natasha. We must work to be a country in which any American who wants to work can get a job; where if you work hard, you are paid what you are worth; and where a free market means freedom for workers to move across the labor market to translate their value and increasing productivity into higher wages.

Like Franklin Delano Roosevelt’s New Deal and Lyndon B. Johnson’s Great Society, we must reimagine what we can and should expect out of our government. We didn’t achieve this vision while Natasha was alive. But I’m hopeful that her children, and her children’s children, will live to see the day where workers like their mom and grandma truly get a fair shake in this economy. 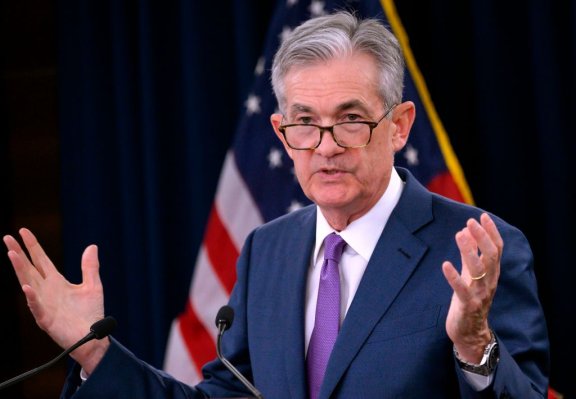