The Northern Lights Could Be Visible Across the Northern U.S. This Weekend. Here's How to See the Aurora

Photograph of the Northern Lights, also known as the aurora.
Universal History Archive—Universal Images Group via Getty
By Gina Martinez

Parts of the northern United States from Montana to northern New England could get a glimpse of the Northern Lights this weekend, space weather forecasters say.

The Northern Lights, or the Aurora Borealis, are a luminous and sometimes colorful display seen in the night sky. They occur when charged particles from the sun interact with gasses in Earth’s atmosphere. Typically, they are only visible in higher-latitude regions, including Alaska, Scandinavia and Iceland, and even then only in the darker winter months.

But a geomagnetic storm predicted for this weekend could result in aurora sightings further south in places where they’re not typically seen.

Here is what you need to know about the Northern Lights, and where to try and view them this weekend:

What are the Northern Lights?

The Northern Lights are brilliant and often colorful displays created when particles emitted from the sun interact with Earth’s magnetic field and atmosphere, colliding with gases like oxygen and nitrogen, according to the University of Alaska Fairbanks Geophysical Institute. As they collide, they gain energy, which they later release, creating the magnificent light shows we call the Northern Lights. (In the southern hemisphere, the same process results in the Southern Lights, or the aurora australis.)

The Northern Lights typically appear colorless or with a greenish-yellow hue. But occasionally, pink, red and even purple lights can be spotted. Either way, the show is best seen in clear, dark, could-free skies.

Northern Lights sightings were recorded by a number of human civilizations before the scientific process responsible for them was widely understood, NASA says. Ancient Chinese and Greek peoples wrote about the aurora, while they have been a part of Eskimo and Scandinavian oral tradition going back to 700 A.D. French astronomer Pierre Gassendi is credited with naming the phenomenon “Aurora Borealis,” which translates to “dawn of the north.”

The Northern Lights over the Callanish Stones, Grimersta and Shawbost on Lewis and Harris hills on March 17, 2015.
Sandie Maciver—Demotix/Corbis

When can people see the Northern Lights this weekend?

While the Northern Lights occur during the daytime, they are only visible at night. Your best bet is to find a dark location away from city lights with a good view towards the north. You can use Dark Site Finder to locate the dark-sky location nearest you. Keep an eye on the weather forecast, too — clouds will block your view.

The best viewing times will be during the early hours of Saturday morning as the geomagnetic storm picks up pace, although the aurora will begin on Friday evening. The Northern Lights are set to continue into early Sunday morning.

According to the UAF, the best time to watch for the Northern Lights is three or four hours around midnight, but the aurora can occur any time throughout a night.

If you want to take pictures of the Northern Lights, your best bet will be using a camera capable of doing long exposures on a tripod with a wide-angle lens that has a fast aperture, like f/1.4 or f/2. Smartphones typically have a hard time capturing the aurora in all their glory.

It’s difficult to predict exactly how strong an aurora show will be, or if one will happen at all. However, the NOAA’s 30-minute forecast can give you some idea of when to get ready for a possible show. The OVATION Aurora Forecast shows the predicted intensity and location of the aurora based on current solar wind conditions.

However, aurora sightings are never a guarantee, so don’t be bummed out if you don’t spot anything — maybe consider doing some stargazing while you’re out there.

Where will the Northern Lights be visible?

The Northern Lights could be visible this weekend in parts of Alaska, Washington, Idaho, Montana, North and South Dakota, Minnesota, Wisconsin, and Michigan. On the East Coast, the Northern Lights may also be visible in parts of New York, Vermont, New Hampshire, and Maine. Observers in other locations at roughly the same latitude could also see the aurora. 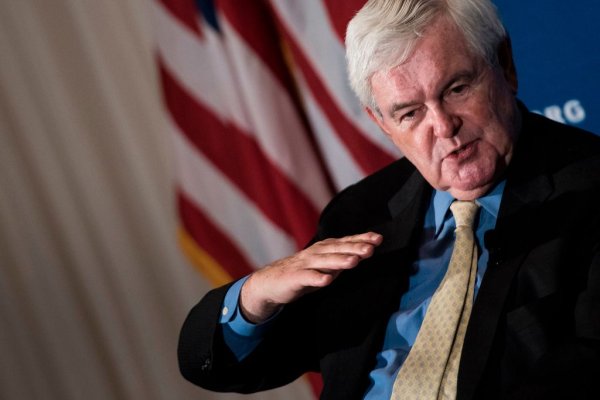 Newt Gingrich's Moon Sweepstakes Are a Confounding Development in Today's Space Race
Next Up: Editor's Pick