When DARPA, an agency within the Defense Department that works on advanced technology for the military, asked Twitter users if they knew of any urban underground tunnels “able to host research & experimentation” on Wednesday, some people were a little freaked out — especially because the request was “short notice.” Some sent around memes from horror and sci-fi movies, like Us and Terminator. And when someone tweeted that DARPA probably wanted to hide demogorgons (the monsters from the Netflix series Stranger Things), the agency got in on the game, tweeting back, “Please. Demogorgons are such a Department of Energy thing.”

As it turns out, DARPA’s request is less strange than it initially seemed.

The agency is looking for a place to host a stage of its Subterranean Challenge, a competition that enlisted labs to develop new technologies to “rapidly map, navigate, search, and exploit complex underground environments,” such as manmade tunnels and natural caves.

The urban tunnels DARPA’s looking for will be used for the second stage of the challenge in February. According to the competition’s website, the “Urban Underground” phase will require competitors to explore spaces that may “have complex layouts with multiple stories and span several city blocks.��

The first stage of the challenge, which was completed this month, required competitors to test their technology in tunnel systems. The final stage will involve navigating natural cave networks.

DARPA first made its request a week before sending the now-viral tweet. On August 20, DARPA released a formal “request for information” on “human-made underground environments that span several city blocks with complex layouts and multiple stories, including atriums, tunnels, and stairwells are ideal.”

Jared B. Adams, DARPA’s chief of communications, told TIME via email that the agency is looking for new technology to explore these spaces because they can be “significant challenges” in combat situations or during disaster responses.

“As teams prepare for the SubT Challenge Urban Circuit, the program recognizes it can be difficult for them to find locations suitable to test their systems and sensors,” Adams said. “DARPA issued this [Request for Information] in part to help identify potential representative environments where teams may be able to test in advance of the upcoming event.”

Although the technology being developed by the DARPA competitors isn’t as exotic as demogorgons, it seems to be on the cutting edge of underground technology. The winner of the first event was Team Explorer, which used robots to map and search research mines in Pennsylvania for objects in a simulated mine disaster. According to Carnegie Mellon University, which is working on the project with Oregon State University, the team designed and built two ground vehicles and two drones for the purpose. 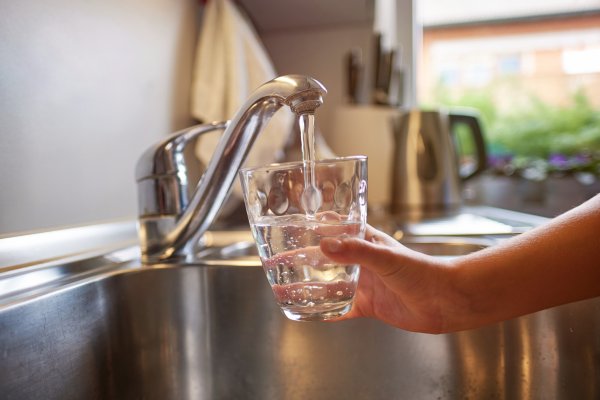 Is Fluoride in Drinking Water Safe? A New Study Reignites a Long-Standing Debate
Next Up: Editor's Pick