Bears, it seems, have very discerning taste. That’s the result of a not particularly scientific experiment undertaken by a Turkish beekeeper who video taped local bears dipping into his honey stores.

Beekeeper Ibrahim Sedef had been having a hard time keeping his honey out of the maws of bears looking to sate their sweet tooth. According to English-language Turkish news outlet TRT World, over the course of three years, Sedef estimates he may have lost “more than $10,000 worth of honey” to those rascally bears.

He tried setting up decoys to lure the bears into eating things besides his honey stores, leaving out a buffet of apples, bread, persimmons, and decoy honey, but the bears just kept coming back and breaking into his stores.

At some point, Sedef decided to try and figure out if there was a particular honey that the bears were particularly fond of. So he set up his cameras with night vision capabilities and an array of honey – flower, chestnut, and Anzer – and one bowl of cherry jam, for a taste test and let the bears do their thing.

After reviewing the footage, Sedef realized that the bears always opted for the Anzer honey, proving they have very good taste. According to The Guardian, Anzer honey is “produced from the nectar of 90 flowers that grow only in the mountains of the Anzer plateau.”

Thanks to that illustrious heritage, it’s an expensive honey, selling for as much as “$300 a kilogram”—and the bears loved it most of all. Seeing their discerning taste, Sedef decided to forget his losses. “Despite all this, when I see the footage, I forget all the harm they have done to me, and love them,” he told TRT World. While normally animal testing is frowned upon, this particular form seeks okay. 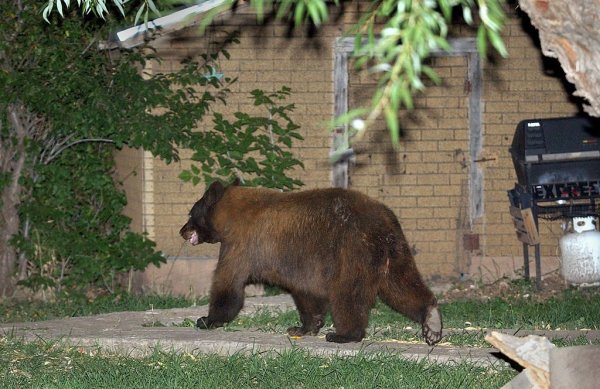 After Getting Stuck in a House This Bear Made a Bold Escape
Next Up: Editor's Pick