Defense Secretary Mark Esper said Wednesday that he has authorized funding to go toward building 20 miles of wall along the U.S. border with Mexico, the latest move inside the Pentagon toward accomplishing President Donald Trump’s long-promised campaign goal.

The Defense Department had earlier approved $2.5 billion toward more than 100 miles of barrier construction requested by the Department of Homeland Security (DHS) in the El Paso, Texas, and Yuma and Tucson, Ariz. sectors. In an unanticipated development — particularly at the Pentagon — the project was more affordable than initially planned.

“The [Army] Corps of Engineers successfully negotiated lower prices than expected, which freed up money to do more miles,” Esper said during his first press conference at the Pentagon. “It was as simple as that.”

Earlier this year, Congress gave Trump funding to build 55 miles of wall along the U.S.-Mexico border, but Trump declared a national emergency — a move aimed at accessing $6.7 billion in federal funding without receiving Congressional approval. That decision was widely seen as a last-ditch “nuclear option,” and has since sparked legal challenges and rattled the balance of power in the federal government. So far this year, only replacement barrier has been built, not the wall Trump promised on the 2016 campaign trail.

At the Defense Department, officials have played what amounts to a bureaucratic shell game to get money for the wall. The Pentagon took leftover money that had been allocated for military personnel and transferred it into a counter-drug account, a move that gave the military authority to take measures to support federal law enforcement efforts to stop drug trafficking, like building a wall.

The decision is currently being challenged in the courts by the Sierra Club, American Civil Liberties Union and Southern Border Communities Coalition. However, the Supreme Court said last month in a 5-4 vote that wall construction can continue while the federal appeals process plays out.

Esper, just a month after assuming the role of Defense Secretary, may also take another $3.6 billion set for military construction funds — money which is typically intended for housing, maintenance and repair — and funnel it toward Trump’s border wall. Democrats and Republicans alike have lambasted the plan out of fears that projects in their home states will be targeted. At Congress’s request, the Pentagon has sent around a list of construction jobs at-risk, which included more than 400 projects worth about $13 billion.

The U.S. military has been forbidden to take part in domestic law enforcement since the Posse Comitatus Act of 1878. Service members can only assist, and that’s exactly what they have done since Trump directed the military to support DHS on the border more than a year ago. The Defense Department has approved multiple DHS requests, including for providing aerial reconnaissance, ground surveillance, search and rescue support, medical support, engineering support, helicopter transportation, personnel protection and other needs.

There are now about 5,700 troops, including 2,000 members of the National Guard, deployed along the southwest border. U.S. troops have welded coils of razor wire atop border fences and points of entry with Mexico in California, Arizona and Texas. They have coated parts of the fence with “anti-climb” paint. They also operate telescopic video cameras, known as “Mobile Surveillance Cameras,” in all nine border Patrol Sectors in each of the four states bordering Mexico. The devices are armed with infrared cameras, enabling troops to watch for illegal border crossings to operate day or night.

As of April, the Pentagon spent a total of $292 million on the deployment, according to a seven-page Defense Department letter sent to Rep. Anthony Brown, a Maryland Democrat, who requested additional information about the mission. The letter estimated the total cost of Pentagon support is at least $431 million through this fiscal year. 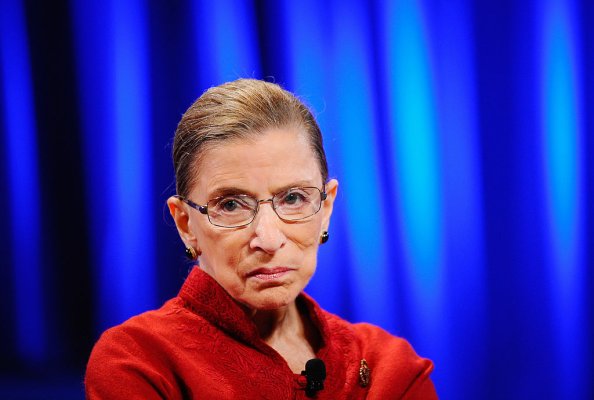 Ruth Bader Ginsburg Has No Plans to Retire. But Washington Is Preparing for the Battle Over Her Seat
Next Up: Editor's Pick