See What the Burning Man Festival Looks Like From Space

What started in 1986 as a small shindig in San Francisco has since escalated into a global phenomenon with tens of thousands of people in attendance. Each year, Burning Man’s organizers and participants erect a temporary enclave called Black Rock City in Nevada’s Black Rock Desert. The city, which plays host to the festival, is made up of tents, RVs, and all sorts of other make-do structures.

Black Rock City appears and disappears in a matter of days — this year’s Burning Man began August 25 and will end September 2. And while it’s a sight to behold in person, it’s equally impressive from space. Here, see pictures of Burning Man’s Black Rock City taken by Maxar’s GeoEye-1 satellite as the city is built and Burning Man 2019 gets underway.

And here are pictures of the titular “Burning Man,” a massive wooden effigy that’s burned during each year’s festival. 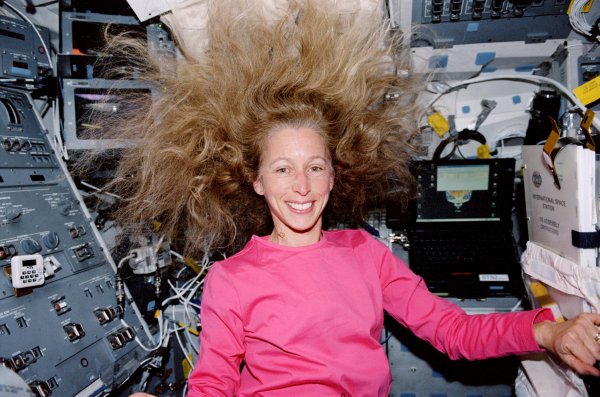 I'm a Retired Female Astronaut and I Can't Understand the Obsession With 'Gender Diverse' Space Crews
Next Up: Editor's Pick