Russia Is Trying to Sell Turkey Its Own Stealthy New Fighter After U.S. Revoked Access to F-35

(Bloomberg) — President Vladimir Putin showed off Russia’s latest stealth warplane to his Turkish counterpart Recep Tayyip Erdogan, who’s been barred from buying a new U.S. fighter jet in a dispute with Donald Trump over the purchase of a Russian missile system.

Flanked by the Russian and Turkish defense ministers, Putin and Erdogan inspected the cockpit of the fifth-generation Su-57 fighter on Tuesday at opening of the MAKS-2019 international air show outside Moscow. They also toured the Su-35 fighter, helicopter displays and an amphibious aircraft.

Welcoming his “good friend” Erdogan to the air display, Putin pitched the “technical capabilities of the latest generation of the Russian Air Forces,” which he said “will open up new opportunities for mutually beneficial cooperation,” according to a Kremlin transcript.

When Erdogan inquired during the tour whether the Su-57 is already available to buy, a smiling Putin replied “You can buy,” the Interfax news service reported.

Erdogan’s visit follows the U.S. decision last month to suspend Turkey’s ability to buy and help build the advanced F-35 stealth warplane in retaliation for defying Trump and taking delivery of a Russian S-400 air-defense system. The U.S. says the S-400 purchase is incompatible with Turkey’s role in NATO and the F-35 program because it may allow Russia to glean information about the fighter’s advanced technology.

Turkey had planned to buy about 100 F-35s and will have to seek alternatives if the U.S. maintains the ban. After a crisis in relations when Turkish jets shot down a Russian warplane near the Syrian border in 2015, Putin and Erdogan have strengthened economic and military ties in recent years as relations between Turkey and its NATO ally have strained.

The two leaders are holding their latest talks to try to resolve disagreements over a Kremlin-backed offensive by the Syrian army against rebels in the northwestern Idlib region that risks sparking a fresh exodus of refugees to Turkey.

“Turkey is our very close partner, it’s our ally,” Putin’s spokesman, Dmitry Peskov, said Monday of the North Atlantic Treaty Organization member. While he declined to say whether Putin and Erdogan would discuss new arms sales, he noted that “everything is really concentrated right there” at MAKS.

Turkey insists it was forced to buy the Russian air-defense system because NATO allies, including the U.S., wouldn’t meet its defensive needs on Turkish terms. The U.S. has repeatedly offered to sell Patriot air-defense missiles to Turkey, but without the technology sharing that the Turkish government says it needs to develop its domestic production capabilities.

While Turkey and Russia back opposing sides in the Syrian war, they have cooperated in trying to enforce a halt to the fighting. The Syrian military earlier this month broke a cease-fire over Idlib to wage an offensive against a one-time al-Qaeda affiliate in the last major rebel redoubt. Erdogan has called the recent developments a “very serious security threat.”

Erdogan hopes to find common ground with Putin before hosting Russian and Iranian leaders in Ankara on Sept. 16 to discuss ways to hold back the Syrian army. Russia says preserving the cease-fire in Idlib depends on the elimination of thousands of militants.

Turkey has so far refrained from using force against the jihadists despite repeated calls from Moscow, relying on the presence of Turkish troops in Idlib as a deterrent against a large-scale attack on the Sunni Muslim-majority province. 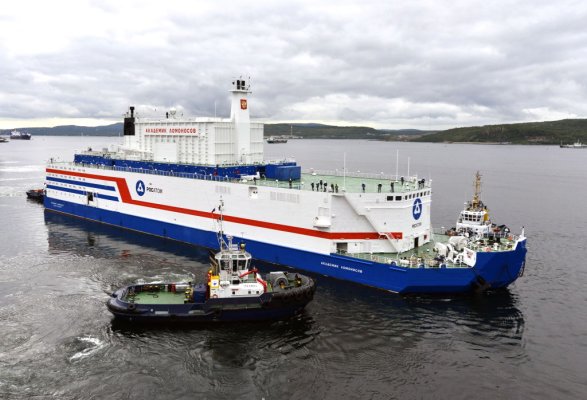