Taylor Swift has been busy. The singer who just released her seventh album, Lover, on August 23, has been promoting her work, playing Central Park, releasing videos, and leaving clues for her fans across the Swift universe.

Swift famously likes leaving hints for her fans to follow, and her latest album is no different. Not only did she leave a few tell-tale signs in the video for her many of her songs like “Archer”, but it turns out the singer has been leaving little Easter Eggs dropping hints about nearly every track on the album for months now.

Now that the album is out, fans are going back and recognizing the little hints that Swift left for them. While some of the clues were incredibly subtle, eagle-eyed fans are finding them. For example, back in May, Taylor appeared on the cover of Entertainment Weekly wearing a jacket adorned with pins and badges, including a badge featuring a picture of Drake. As Buzzfeed notes, at first fans speculated that Drake might appear on a track, but when Lover dropped, there was no such collaboration on the album. After a few listens to the album, though, fans cracked the case buried in the lyrics on the first track on the album.

It turns out thosee pins and badges weren’t just for looks. The first track on the album, “I Forgot That You Existed” includes the lyrics: “I couldn’t get away from you / In my feelings more than Drake, so yeah.” That just may have been the answer to the clues that Swift was leaving, especially since she quoted Drake’s “In My Feelings” in her essay about pop music for Elle magazine back in February. 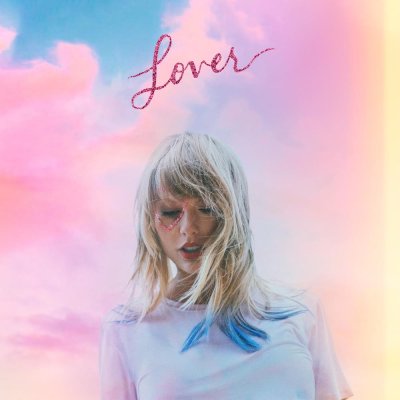 Review: On Lover, Taylor Swift Lays Down Her Armor
Next Up: Editor's Pick